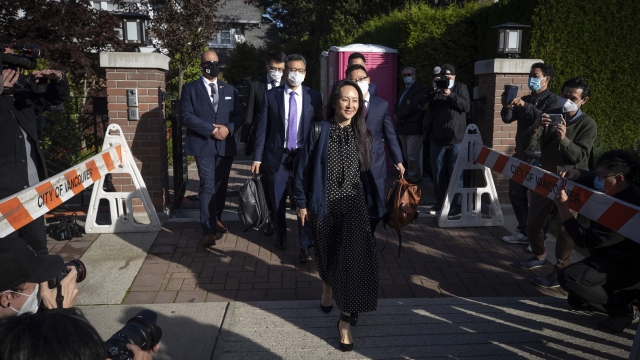 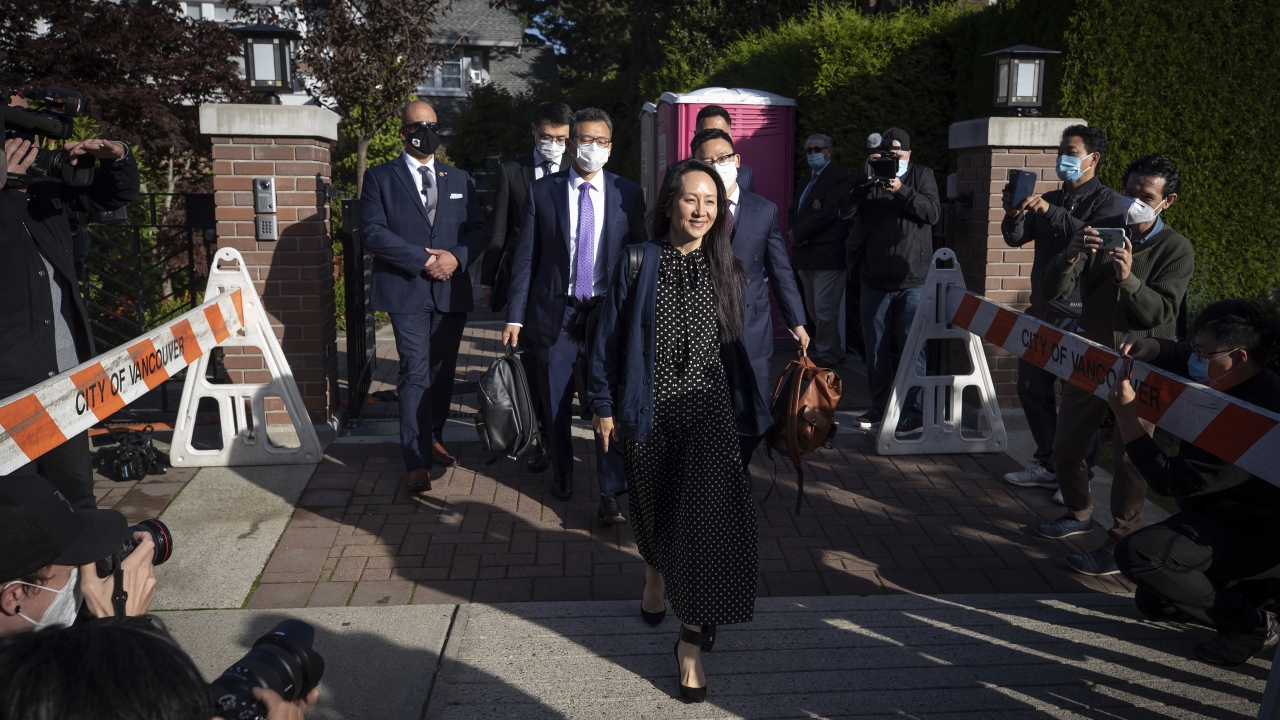 A top executive of Chinese communications giant Huawei Technologies resolved criminal charges against her as part of a deal Friday with the U.S. Justice Department that paves the way for her to return to China and concludes a case that roiled relations between Washington and Beijing.

The deal with Meng Wanzhou, Huawei's chief financial officer and the daughter of the company's founder, Ren Zhengfei, calls for the Justice Department to dismiss fraud charges late next year in exchange for Meng's accepting responsibility for misrepresenting her company's business dealings in Iran.

The arrangement, known as a deferred prosecution agreement, resolves a yearslong legal and geopolitical tussle that involved not only the U.S. and China but also Canada, where Meng has remained since her arrest in December 2018 at Vancouver's airport.

The deal was reached as President Joe Biden and Chinese counterpart Xi Jinping have sought to minimize signs of public tension — even as the world's two dominant economies are at odds on issues as diverse as cybersecurity, climate change, human rights and trade and tariffs. President Biden said at a United Nations summit earlier this week that he had no intention of starting a "new Cold War," while Xi told world leaders that disputes among countries "need to be handled through dialogue and cooperation."

As part of the deal, disclosed in federal court in Brooklyn, the Justice Department agreed to dismiss the fraud charges against Meng in December 2022 — exactly four years after her arrest — provided that she complies with certain conditions, including not contesting any of the government's factual allegations. The Justice Department also agreed to drop its request that Meng be extradited to the U.S., which she had vigorously challenged, ending a process that prosecutors said could have persisted for months.

Meng's attorneys said they fully expect the charges to be dismissed in 14 months. "We're very pleased that in the meantime she can go home to her family," said defense lawyer Michelle Levin.

The Trump administration Justice Department unsealed a January 2019 indictment that accused Huawei of stealing trade secrets and using a Hong Kong shell company called Skycom to sell equipment to Iran in violation of U.S. sanctions. The indictment also charged Meng herself with committing fraud by misleading the bank HSBC about the company's business dealings in Iran.

The case came amid a broader Trump administration crackdown against Huawei over U.S. government concerns that the company's products could facilitate Chinese spying — an assertion Huawei executives have repeatedly denied. The Commerce Department issued new rules in August 2020 that further blocked the company from accessing chip technology, and the Biden administration has kept up a hard line on Huawei and other Chinese corporations whose technology is thought to pose national security risks.

Meng had long fought the Justice Department's extradition request, with her lawyers calling the case against her flawed and alleging that she was being used as a "bargaining chip" in political gamesmanship. They cited a 2018 interview in which then-President Donald Trump said he'd be willing to intervene in the case if it would help secure a trade deal with China or aid U.S. security interests.

Last month, a Canadian judge held off on ruling whether Meng should be extradited to the U.S. after a Canadian Justice Department lawyer wrapped up his case saying there was enough evidence to show she was dishonest and deserved to stand trial in the U.S.

Huawei is the biggest global supplier of network gear for phone and internet companies. It is a symbol of China's progress in becoming a technological world power, but has been a subject of U.S. security and law enforcement concerns. Some analysts say Chinese companies have flouted international rules and norms and stolen technology.

The company has repeatedly denied the U.S. government's allegations and security concerns about its products.

What the deal with Meng means for two Canadians detained in China remains unknown at this point. Michael Kovrig and Michael Spavor were arrested after Canada arrested Meng on the U.S. extradition request — a move that many countries labeled "hostage politics."

Kovrig, a Canadian diplomat on leave to work with an international organization, and Spavor, an entrepreneur, have both since been convicted of spying in closed Chinese courts.

In 2019, two Canadians convicted in separate drug cases in China were sentenced to death. A third, Robert Schellenberg, received a 15-year sentence that was abruptly increased to the death penalty after Meng's arrest.