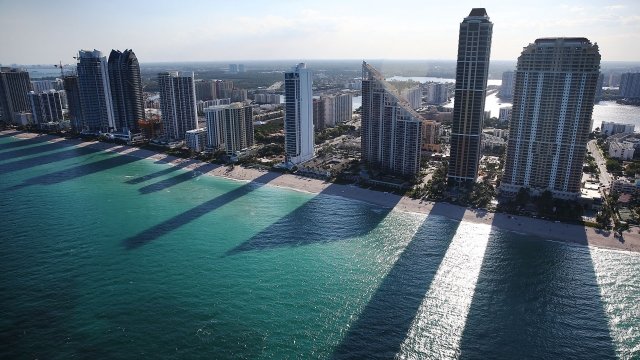 SMS
Staying On Daylight Saving Time Could Make Life Wonky For Florida
By Katherine Biek
By Katherine Biek
March 8, 2018
A majority of Florida residents would be one hour ahead of major East Coast cities like Boston and New York City during the winter months.
SHOW TRANSCRIPT

If that ends up happening, it could make life a little wonky in the Sunshine State.

There are currently two time zones in Florida: part of the panhandle is in the Central time zone, while the rest of the state is in the Eastern time zone.

This means the majority of Florida residents would be one hour ahead of major East Coast cities like Boston and New York City during the winter months.

But when the rest of the eastern states switch to daylight saving time for roughly eight months of the year, their clocks would be in sync with Florida.

It would also come with some everyday complications, like TV programs airing later part of the year. For example, NBC's "Saturday Night Live" would start at 12:30 a.m. Sunday every week, and most Floridians would already have been celebrating the New Year for an hour before the ball dropped in Times Square.

Gov. Rick Scott hasn't said if he plans to sign the bill. But even if he does, the U.S. Congress would still need to approve the change.