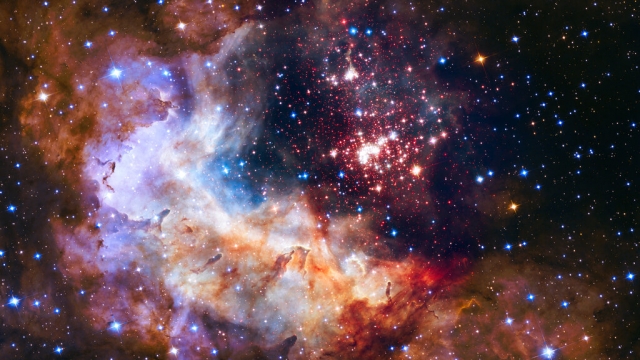 SMS
How Would World Religions Respond To Extraterrestrial Life?
By Amber Strong
By Amber Strong
June 15, 2021
Theologians, philosophers and scientists have been having the faith vs. aliens conversation for centuries.
SHOW TRANSCRIPT

Lately, there’s been a lot of talk about what's out there and the idea of life beyond our world.

Scientists, philosophers and theologians have been having this conversation for centuries and often mused, if something really is out there, how does it impact the world’s major religions, especially those that see themselves as a special creation from a higher being? Turns out, not all that much.

The question of what happens to the world’s religions is something Vanderbilt astronomer David Weintraub looked to discover in his book, "Religions and Extraterrestrial Life."

The notion of cosmic pluralism or other worlds which may contain intelligent life has been around for centuries. For example, 12th century Islamic theologian Fakhr al-Din al-Razi wrote, "the Most High has the power (qadir) to create a thousand thousand worlds beyond this world." But that premise faced challenges throughout history, with many early Christians leaning into the Aristotelian notion that the Earth is the center of the universe and, ergo, so were human beings.

“Once astronomers were confident that the Earth wasn't the center of the universe, ... philosophers and theologians began debating why those other worlds exist. And the conclusion was, God created those other worlds in order to create other beings to worship God,” said Weintraub.

“Would we think that it was just not possible for God to keep track of more than one planet? Hey, we're talking about almighty God here, I don't think that would stress his capabilities at all. And if, in fact, this was part of God's plan from the beginning with the creation of this universe, that it would give rise to life in more than one place. I think that's wonderful," said Collins.

Not all, but many, modern Christians agree. The late evangelical leader Billy Graham said something similar, writing, "The Bible doesn't tell us whether or not there is intelligent life on other planets — although I find nothing in the Bible that would exclude the possibility. But if there is life on other planets, then God created that life."

Perhaps the question of religion and aliens is best summed up by former Yeshiva University president Rabbi Norman Lamm, who wrote: “The discovery of fellow intelligent creatures elsewhere in the universe, if indeed they do exist, will deepen and broaden our appreciation of the mysteries of the Creator and His creations. Man will be humble, but not humiliated."