How Will President-Elect Donald Trump Affect Access To Birth Control? 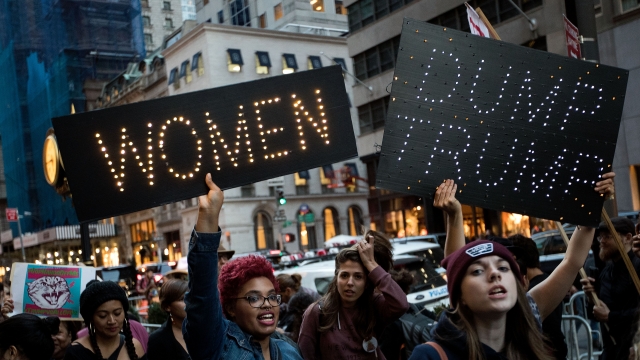 Getting birth control could become a lot harder under a President Donald Trump.

Right now, the Affordable Care Act makes FDA-approved birth control methods free with insurance. But without insurance, birth control could cost up to $600 a year.

But without the Affordable Care Act or Planned Parenthood, birth control could become a lot more expensive and a lot more difficult to get.

Trump has said he would support making birth control available without a prescription, which the American College of Obstetricians and Gynecologists says could make birth control more accessible to the general population.

That could make birth control easier to get, but it still leaves a question of cost. And many women are now searching for birth control methods that will outlast Trump's presidency.