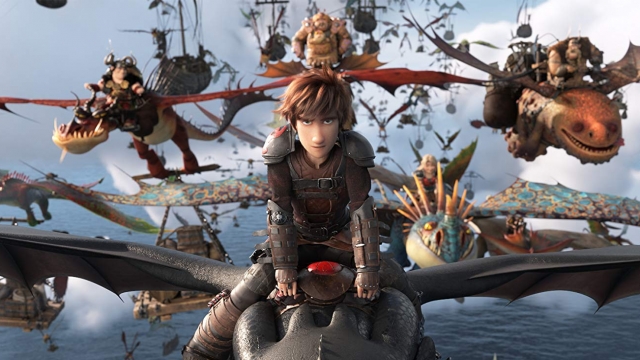 But what may be most impressive about this Dreamworks trilogy is the quality of all three films. Every film in the franchise has maintained a rating of 90% or better on Rotten Tomatoes. This series has been a film critic favorite since it's premiere nine years ago.

Falling to No. 2 this week is "Alita: Battle Angel" bringing in an estimated $12 million in its second week out. That's a smaller sophomore weekend than James Cameron and company were hoping for but there is some good news.

Chinese moviegoers may be able to save the day. "Alita: Battle Angel" managed a solid $68 million debut this weekend in China — more than double Alita's domestic debut last weekend.

And last but not least this week is "The LEGO Movie 2: The Second Part" bringing in an estimated $10 million and pushing its worldwide total past $136 million.

As for next week, Tyler Perry retires Madea from the silver screen and in semi-related news I've never been this excited for a funeral in my life.