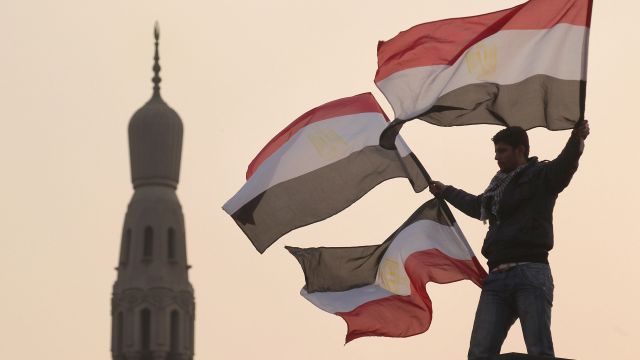 USC professor Abraham F. Lowenthal explains what he learned about transitioning to a democracy after speaking to 13 world leaders.

"Democratic governance is not complete or perfect in South Africa. But then, think about it — where is it complete and perfect? Certainly not in this country," said Abraham F. Lowenthal, a professor at USC School of International Relations.

"These things do take a long time. It's partly a matter of gradual tactics. It's also a matter of uneven kinds of opposition and setbacks and reverses and zigzags and so on."

For his book, Lowenthal interviewed 13 world leaders from 9 countries to figure out how autocracies turn into democracies.He found, in general, successful transitions are gradual — not quick.

"We were struck that just about all of them had a preference for incremental change and for negotiation and compromise rather than thinking they could solve this problem with one clean sweep."

Technology is playing a larger role in pushes for democracy, too.

"Modern communication and social media and so on and so forth allow for a rapid mobilization of people, particularly educated youths who are frustrated by lack of employment. They can be mobilized quite quickly to fill Tahrir Square."

But democratic changes are more likely if the decision for change is made internally, not externally.

"The U.S. played a significant positive role precisely when the local actors had the strategic sense and self-confidence to import international influence."

"Democracy is not an export commodity. It has to be developed by local actors and local cultivation and pruning."

"I think the urge to have one's voice heard and heeded and to have the role in choosing one's government is pretty much a universal urge."