How This Cartoon Became A Unifying Symbol For Brussels 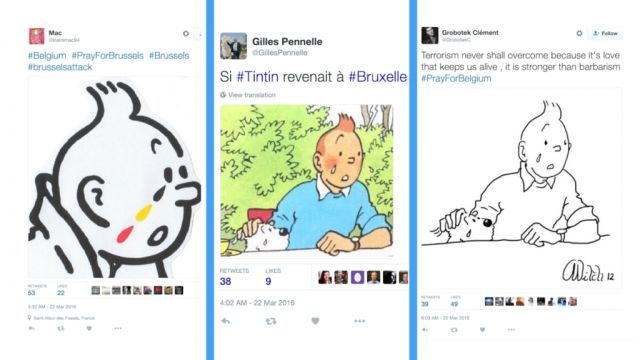 Tintin is weeping for Brussels.

In Belgium, Tintin is a national icon.

In the series, he's a fearless young reporter. Brussels is his hometown.

French comic artist Joann Sfar drew Tintin comforting his sidekick Captain Haddock with the caption, "Me too, Captain, I sometimes think about moving to the moon."

This video contains images from Getty Images and clips from HBO / 'The Adventures of Tintin'.