How the Prime-Time State of the Union Came To Be 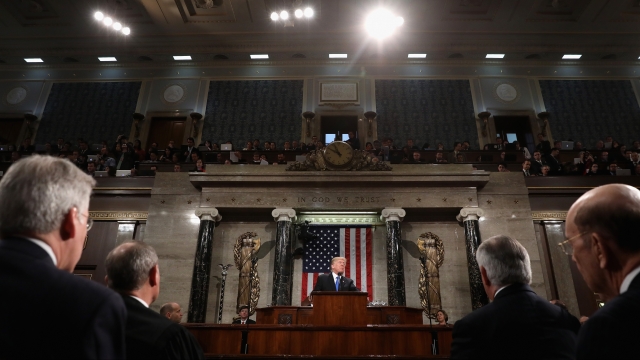 Modern day presidents have typically given their State of the Union addresses in front of Congress on live TV. But that hasn’t always been the case.

In fact, presidents don’t actually need to give a speech if they don’t want to.

The U.S. Constitution states that the President “shall from time to time give to the Congress Information of the State of the Union, and recommend to their Consideration such measures as he shall judge necessary and expedient.”

In a letter to the Senate, Jefferson explained that giving a speech would be inconvenient, would take up too much of everyone’s time, and would rob legislators of their chance to think before responding to his remarks.

That set up a 112-year long tradition of presidents sending Congress an annual address in writing until President Woodrow Wilson shocked the nation in 1913 when he went to Congress to deliver his annual update in person.

Wilson, a Progressive Democrat, believed the nation needed a more visible president working alongside Congress and thought that by delivering his remarks in person, he could redefine and bolster the president’s role.

Since then, almost every president has traveled to the Capitol to deliver the State of the Union in person, with a few exceptions.

Outgoing President Jimmy Carter sent congress a written report in 1981 and in 1944 President Franklin Delano Roosevelt gave remarks over the radio from the White House.

President Harry Truman gave the first ever televised State of the Union in 1947, but it was Lyndon Johnson who started the modern-day tradition of giving the speech in the evening.

The State of the Union has been rescheduled before. Ronald Reagan was set to address Congress on January 28, 1986, but the speech was postponed after the Challenger space shuttle disaster.