One Reason The Koreas Could Play Nice At The Winter Olympics 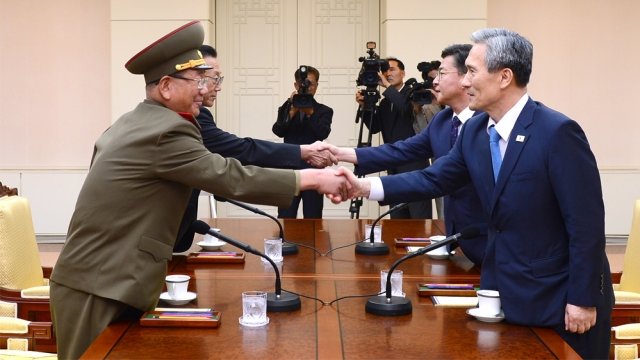 In Kim Jong-un's New Year's address, the North Korean leader signaled a willingness to work with South Korea to create a what he calls a "peaceful environment" during the 2018 Winter Games.

Days later, North and South Korea re-established their phone call routine after nearly two years of silence. That pause in calls back then was around the same time North Korea ramped up its missile testing. 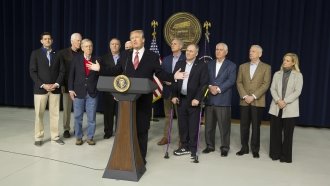 But at the end of the day, the two countries are still in conflict. So, how exactly does the International Olympic Committee make sure North Korean participants are safe in South Korea during the Winter Games? One way is through the Olympic Truce.

The Olympic Truce is an Ancient Greek tradition the IOC backs and was reintroduced in the 20th century to protect "the interests of the athletes and sport in general." Today, this might mean safe passage for athletes and spectators going from North Korea to the South.

According to a United Nations resolution, the truce should start seven days before the games and end seven days after they conclude.

The first truce in the modern era was at the 1994 Winter Olympics in Lillehammer, Norway. The games took place during the Bosnian War, where more than 100,000 people died.

In his opening speech, the IOC president at the time called for a ceasefire and asked for a moment of silence for the people of Sarajevo, the capital of Bosnia and Herzegovina and host city for the '84 Winter Olympics.

North Korea and South Korea have participated in the same Olympic Games before. One of the most notable exceptions is the 1988 Summer Olympics in Seoul, when the North boycotted the games. 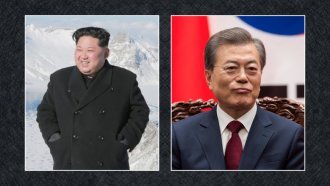 North Korea's leader at the time, Kim Il-sung, and his son Kim Jong-il later ordered the bombing of a South Korean plane to interfere with the games. More than 100 people died in the attack.

But at the 2000 Sydney Olympics, Korean teams did something never seen before: enter under the same flag — a first for nations in conflict.

It's not clear how the IOC enforces an Olympic Truce, but the agreement might carry some weight for the two Koreas at the Winter Games.

Jeffrey Feltman, the U.N.'s undersecretary-general for political affairs, told ABC, "We do have a General Assembly resolution, an Olympic truce resolution, which I hope the [North Korean] leadership is looking at and thinking, the whole world is behind a truce, having a peaceful atmosphere for those Pyeongchang Olympics."

Two North Korean figure skaters are eligible to compete at the 2018 Winter Olympics.