How Somalia's Turbulent History Made Way For Al-Shabab 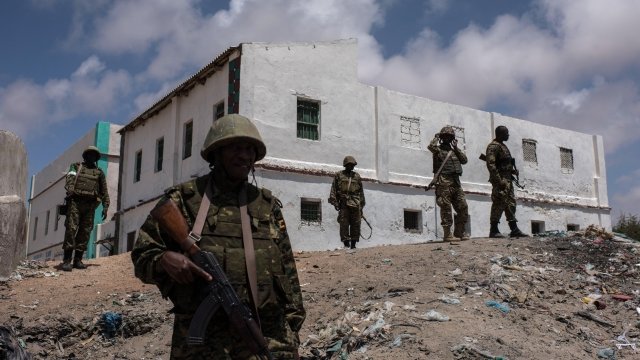 SMS
How Somalia's Turbulent History Made Way For Al-Shabab
By Chance Seales
By Chance Seales
January 11, 2018
The group formed out of Somalia's Union of Islamic Courts, which served as an alternate government in 2006.
SHOW TRANSCRIPT

Somalia is situated on the east coast of Africa and home to approximately 11 million citizens, most of whom are Sunni Muslims. The capital is Mogadishu.

Somalia, as it stands today, is relatively young but has suffered incredible humanitarian and political strife. A quick history: The CIA says that the current borders are a combination of two areas glued together in 1960, once known as Somaliland — part was held by the British, part by the Italians.

A few years later in 1969, a coup installed a dictator who ruled until another coup in 1991 threw him out and sparked a civil war. "An estimated 350,000 Somalis die[d] of disease, starvation, or civil war," writes The Atlantic, and in 1992, the U.S. and U.N. started providing military and humanitarian aid.

The following year, 1993, Somali rebels shot down a U.S. helicopter, Black Hawk Down, leaving one American dead and the president skittish about further involvement. In 1994, the magazine recalls, "The U.S. formally ends the mission to Somalia, which has cost $1.7 billion dollars and left 43 U.S. soldiers dead and another 153 wounded." 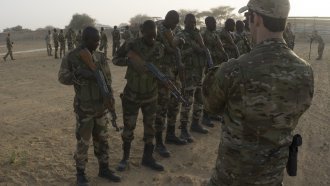 But the nation's internal strife wasn't over — far from it. Assassinations and attacks were weekly or sometimes daily events among rival groups and warlords.

Somalia's neighbors, Ethiopia and Kenya, have repeatedly invaded and intervened in the name of creating peace and helping the transitional government, duly elected in 2003, gain a permanent foothold.

Still, violence reigned. It's in that self-contained tornado that the catastrophically deadly group, Al-Shabab, sprang into existence.

BBC explains: "Al-Shabab means 'The Youth' in Arabic. It emerged as the radical youth wing of Somalia's now-defunct Union of Islamic Courts, which controlled Mogadishu in 2006, before being forced out by Ethiopian forces."

The group, affiliated with Al-Qaeda, was expelled from official positions but has maintained membership, inflicting tremendous pain in the years since, attacking soldiers and soccer fans and leaving mass casualties. Having outlived scores of rival radicals, Al-Shabab is now desperately thrashing as the military walls close in from its neighbors and U.S.-backed forces.

The Washington Post writes the group controls "ever-diminishing swaths of the country, mostly its southern regions, though it has continued to mount attacks on Mogadishu. Now, only rural areas remain under its control, and it has no established presence in any major Somali towns or cities."