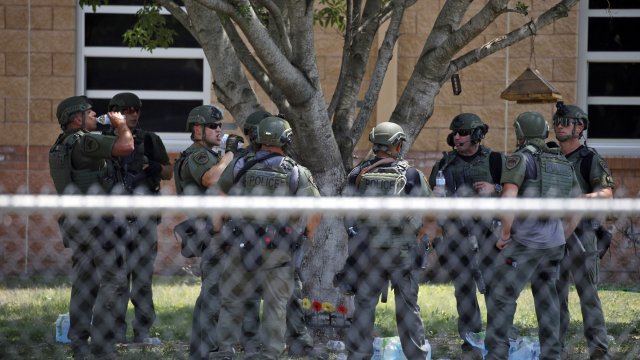 Although new safety measures and protocols have been implemented in schools over the years, mass shootings overall aren't on the decline.

And while there have been pushes to introduce federal legislation on gun control, particularly after the shooting at Sandy Hook Elementary, many lawmakers still interpret the Second Amendment to mean they should not regulate guns at all.

From Columbine High School in Littleton, Colorado to Robb Elementary in Uvalde, Texas, it’s been 23 years. In that time 169 lives have been senselessly taken in school massacres. In the U.S.,Senator Chris Murphy, representing the Connecticut community where 26 elementary school students and educators were killed nearly a decade ago in the Sandy Hook Tragedy, begged his colleagues to pass legislation addressing the nation’s gun violence problem.

Following the shooting at Columbine, schools are required to have classroom doors that lock from the inside. Also in the wake of Columbine, local police started storing school blueprints to help map out response plans. More than 90% of schools now have a written crisis plan, while over 75% of schools hold active shooter drills.

But calls for gun control — stricter background checks for gun purchases, mental health checks and the banning of purchases of assault style weapons — have largely been met with inaction.

The massacre in Parkland sparked a student-led revolt for gun reform across the country. States have had the most control over gun laws, with very little movement at the federal level. Perhaps the most significant federal change in recent decades: the assault weapons ban, signed by President Bill Clinton in 1994, which expired in 2004 and was not renewed by Congress.