Nigeria Is Growing Quickly — Too Quickly? 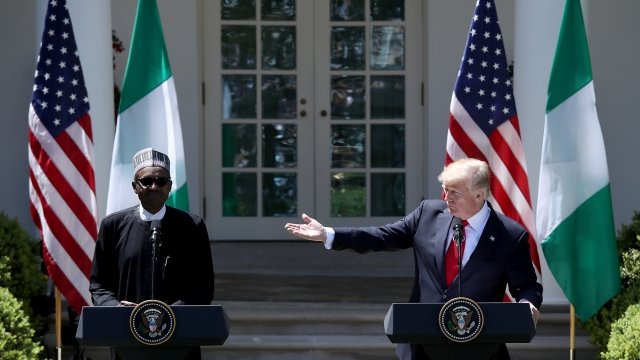 Nigeria is hitting a major growth spurt. But here's the question: Is it ready? One hundred ninety-six million people live in the country, but that's projected to hit 411 million by 2050 — more than double.

The nation sits on a plot of land roughly the size of Texas and Oregon put together — 356,667 square miles — with a population that will soon outpace the U.S. It's the richest country in Africa. But as with any population explosion, there are concerns about a lack of resources.

That’s a few decades away. Now some context. Understanding Nigeria's colonial history is key. And the fact that the country is defined by diversity — diversity of geography and diversity of people. The geography ranges from arid to tropical. The people represent 250 ethnic groups and hundreds of spoken languages. It is largely Muslim in the north and Christian in the south, with traditional beliefs practiced in some areas.

Nigeria, like much of Africa, is a former European colony. The British increasingly gained controlled of the area in the 19th century, and in 1914 the Colony and Protectorate of Nigeria was established. Local government was left in the hands of traditional chiefs who answered to British officers.

Unity was never one of Britain's big priorities among Nigeria's ethnic, regional and religious groups, resulting in deep divisions. Many of the tensions persist today. Coups, assassinations and military rule defined politics for years after independence in 1960 until the death of a military head of state in 1998. Despite violence during the 2003 and 2007 presidential elections, Nigeria is experiencing its longest period of civilian rule since independence.

Nigeria now has about 3 percent of the world's population and ranks No. 7 on the list of most populated countries. In 2050, it will have about 4 percent of the global population and rank No. 3. That presents a challenge. Farmland in Nigeria is already stressed, so producing more food won't be easy. And more people will mean more health problems. The country already has the second-highest number of people living with HIV.

There are some brighter spots. The economy, fueled in part by large deposits of petroleum and natural gas, has been the source of some rare good news in 2018. Nigeria is predicted to lead an uptick in the sub-Saharan African economy in 2019, expanding slightly faster than expected.

Lagos, the former capital, is known for designer-label clothes, ritzy boutiques, trendy restaurants and fancy cars. Still, more than 62 percent of Nigeria's people live in extreme poverty. As the population doubles, many wonder: Will any of the wealth find its way to the millions struggling to live? And what if it doesn't?