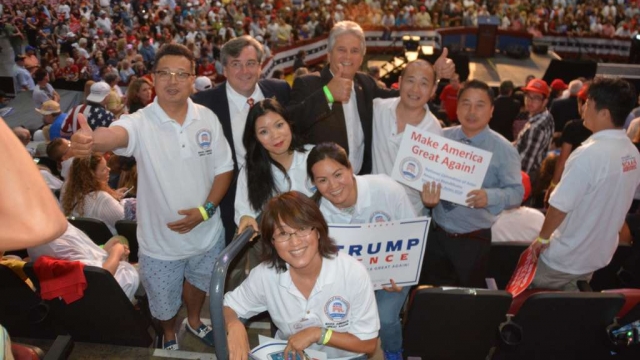 A Silicon Valley CEO’s anti-Asian rant went viral, forcing Solid8’s Michael Lofthouse to apologize. Anti-Asian incidences like this have only been increasing as President Trump continues to use phrases like:

"Kung flu. I can name 19 different versions of names."

Even after the World Health Organization discouraged coronavirus names that stigmatize groups of people. President Donald Trump continues to use anti-Asian, racist descriptions to describe COVID-19. 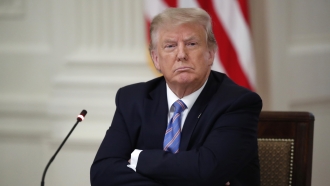 President Trump: "It's got all different names. Wuhan, Wuhan was catching on."

For conservative Asian Americans who once supported President Trump in 2016, how are they reconciling the support they have of the president and his use of racist words? For that, we spoke with Cliff Li, the executive director of the National Committee of Asian American Republicans. He was also the Asian Pacific American advisory committee for the 2016 Trump-Pence campaign.

Li: "It concerns us more [that] the crowd actually chanted about the 'kung flu' virus. And certainly the president worked with it."

Asian Americans are the fastest growing voter demographic. They make up 5% of the nation’s eligible voters, and while they mostly lean Democratic, nearly a quarter of all Asian American voters went Republican in 2016. The numbers may seem small, but they could have an outsized impact in a close election. And while Li initially voted for Trump in 2016 because of policies like tax cuts and deregulation, he's concerned that the rise of anti-Asian incidents have hit close to home. His 7-year-old daughter was bullied in school.

Li: "A boy … in school is telling other boys that my daughter is from China. So stay away from her. ... I can feel my own daughter — or my own little daughter is feeling the threat simply because she looks Chinese; she looks Asian."

Stop AAPI Hate has been tracking anti-Asian incidents around the country. From March 19 to June 24, they received more than 2,000 reports of discrimination that includes verbal harassment, physical assault and being coughed on. Professor Russell Jeung launched the organization and has seen a correlation between President Trump's anti-Asian words and a spike in anti-Asian incidents.

Jueng: "Using those terms creates this association that the virus is Chinese and that Chinese people have the virus. And by creating that association, people then develop an implicit bias and began to racially profile Asians as being diseased. … The other thing that it did was that it gave people license to make fun of Asians by using terms like 'kung flu' or 'the plague from China'. And so by blaming people for the disease rather than it just being a natural virus, that opened up license for people to harass and attack Asians." 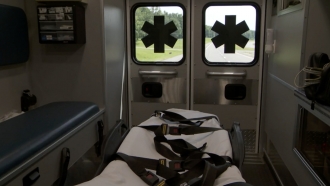 WTVF: What To Know About New Symptoms Tied To The Coronavrius

Despite President Trump’s use of racist terms and the hateful actions of some of his supporters, Li thinks there's a difference between the president's public and private persona because of the inconsistencies in his messaging.

Li: "Trump himself is not a racist. It is a campaign year. Sometimes he has to work with the crowd. Have to rise the crowd. … At one point, he talked about the 'Chinese virus.' Then later came up with one tweet saying, you know, Asian-Americans, Chinese Americans, they're great."

Li told Newsy his members aren't as enthusiastic in this 2020 election as they were in 2016. Based on their survey, 40% will vote for President Trump; the other 60% aren't sure. We're four months away from the election and the organization has yet to decide if it will back President Trump this November.

Li: "We want to see how the president is able to unite the country. We cannot have a divided country."