How Journalists Solved Murders From Thousands Of Miles Away 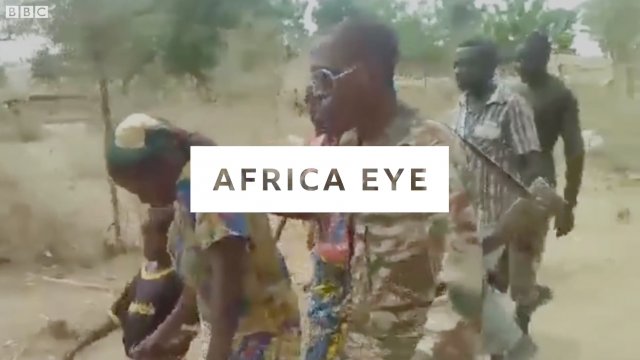 SMS
How Journalists Solved Murders From Thousands Of Miles Away
By Jake Godin
By Jake Godin
April 9, 2019
After a viral video showed soldiers killing women and children, Ben Strick and a team of open source investigators set out to find more about it.
SHOW TRANSCRIPT

In July 2018, a horrific video on Twitter went viral. It showed soldiers walking two women and two children on a dusty trail and then kneeling them down, blindfolding them and executing them. No one knew where exactly it was filmed or who the soldiers were.

Ben Strick, now with BBC's Africa Eye investigative team, started trying to find where it was filmed. Using open source information, he and a small team were eventually not only able to pinpoint the exact location in Cameroon, but also the rough time when the murders occurred and who some of the soldiers were.

Newsy spoke to Ben about the process of reporting the story using open source techniques to uncover where the video was shot, when it was shot and who was involved.

The team's investigation, "Anatomy of a Killing," is the winner of the Scripps Howard Foundation's Roy W. Howard Award for innovation. The Scripps Howard Awards will be held on April 18 and rebroadcast on Newsy's cable channel at 9 p.m. Eastern on Sunday, April 21. Click here for local listings.