How Journalist Daphne Taylor Is Making Her Mark On History 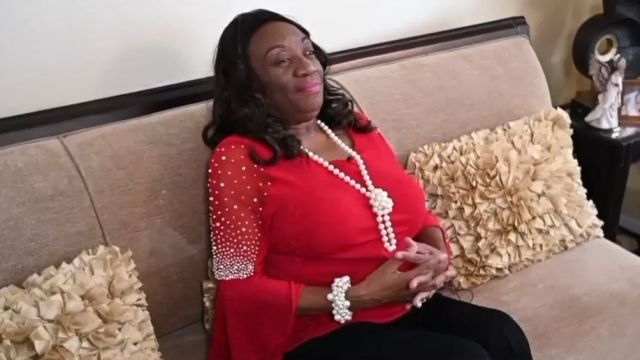 According to a survey from the Newhouse School at Syracuse University, as of 2020 African Americans accounted for just over 13% of the overall local TV news workforce. One woman and accomplished journalist is paving the way for more young Black women to enter the industry she loves. Reporter Linnie Supall shares her story.

She's celebrating more than four decades as an accomplished journalist, and her relentless fight to find success.

"It hasn't been easy because I never made a lot of money, but I have always loved what I did," Taylor explains.

From television to print and radio, Daphne Taylor's passion for journalism is multi-faceted — so much so, that she paved the way for others.

"I came back to Riviera Beach and I started teaching broadcast journalism to at-risk teen girls," says Taylor.

In 1998 Taylor launched a mentorship program introducing teenage girls to the world of broadcasting.

"We called ourselves WGRL, where girls come first."

For nearly 10 years, WGRL cut attention across south Florida, traveling to Miami and Fort Lauderdale, to meet the latest stars and prominent leaders in town.

"From Martin Luther King III, to Rosie O'Donnell, Alicia Keys ... One of my former students recently told me that she would not be where she is today, had it not been for myself," Taylor recalls.

"Getting rid of racial injustice is going to still take more time, but we can get through it and we will get through it," Taylor says.

"All of us have a responsibility to do our best to make this world a better place. Never give up on your dream. It's never too late. Never too late."