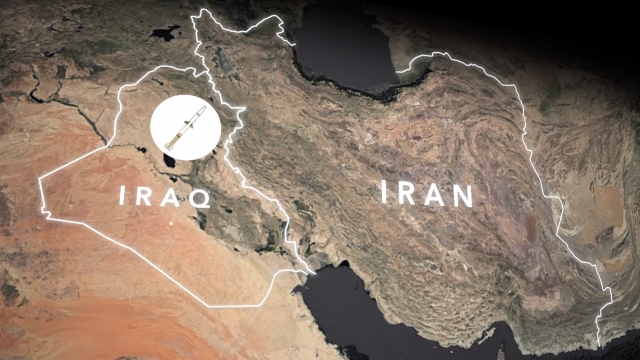 SMS
Iran Could Use Its Influence, Not Rockets, To Move Against U.S.
By Jake Godin
By Jake Godin
January 8, 2020
Iran relies on proxy groups in countries like Lebanon, Iraq and Yemen to help spread its influence in the Middle East.
SHOW TRANSCRIPT

Iran and the United States have avoided a war — for now. But that doesn't necessarily mean an end to the fighting.

That's because Iran's threat to the U.S. and its interests isn't just limited to their military might. The country has also built up a network of proxy groups to extend its influence across the region. First and foremost is Hezbollah in Lebanon.

Iran and Hezbollah have worked with each other since Hezbollah's earliest days — the main goal being to threaten Israel.

Iran provides everything from finances to weapons and training to Hezbollah. The weapons typically come through Syria — either through its airport near Damascus or main sea port in Latakia. 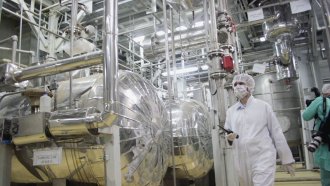 To prevent Iran from having unfettered access to Syria, the U.S. maintains a small presence on the Syria-Iraq border in a Syrian garrison known as al-Tanf. It sits on a major highway from Baghdad to Damascus.

Iran also provides weapons to militias in Iraq, though it's a little complicated here. That's because while the U.S. considers some of these groups Iranian proxies, the degree to which they align with Iran varies.

Some of these militias, known collectively as Iraq's Popular Mobilization Forces, are pro-Iraqi government while some are more closely aligned with Iran's forces. They're all also funded and recognized by Iraq's government.

Then there's Yemen, where Iran has been backing Houthi rebels in a civil war that's created one of the world's worst humanitarian crises. The U.S. and  its allies have accused Iran of shipping arms to the Houthis through Houthi-controlled ports in Yemen.

Until recently these groups were focused on objectives other than explicitly attacking the U.S. or its allies. But with tensions ratcheting up and new sanctions coming for Iran — its proxies offer an indirect avenue for Iran to respond.