How Hillary Clinton Would Spend The Powerball Jackpot 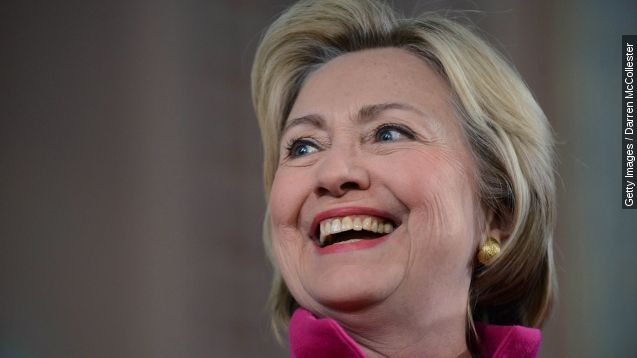 SMS
How Hillary Clinton Would Spend The Powerball Jackpot
By Ben Lawson
By Ben Lawson
January 13, 2016
Maybe the Democratic front-runner could buy some favor in the polls? Bernie Sanders now trails her by only 7 points.
SHOW TRANSCRIPT

Hilary Clinton dreams of winning the Powerball, just like the rest of us.

"Did you buy a Powerball ticket?" asked ABC's George Stephanopoulos.

"I did," Clinton said laughing.

On "Good Morning America," Clinton was asked how she would spend the $1.5 billion jackpot.

"If you win?" Stephanopoulos asked.

Maybe she could use the money to gain more favor in the polls.

She still leads Bernie Sanders, but only by 7 points. She was 20 points ahead just a month ago.