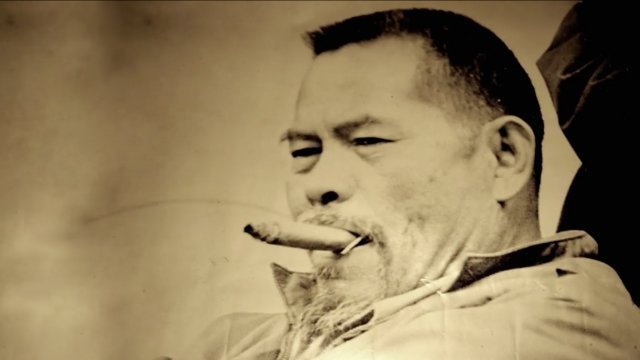 SMS
How Filipinos Shaped An American Labor Movement In The '60s
By Cat Sandoval
By Cat Sandoval
October 17, 2018
The Delano Grape Strike was one of the successful labor movements for farm workers in 1960s. It continues to inspire immigrants and people of color.
SHOW TRANSCRIPT

It's a part of American history that was almost forgotten. When farm labor leaders went on strike in California in the 1960s, against the backdrop of the Civil Rights Movement, one group played a pivotal role in worker and immigrant rights.

"I never knew this history growing up. I don't think anyone from my community knew about it," said Marissa Aroy, director of "Delano Manongs."

Marissa Aroy is talking about the Filipino community who make up the 3rd largest Asian population in the U.S. As a filmmaker she is keeping this story alive through her film: "The Delano Manongs: The Forgotten Heroes of the UFW." Larry Itliong and the Filipino Manongs, which means elder, began the Delano Grape Strike to protest the unjust wages and poor working conditions of farmers.

"In the '20s and '30s, 100,000 Filipino men flocked to America seeking new opportunities. ... They became migrant workers and followed the crop cycles all over the West Coast." 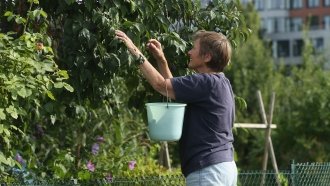 Farming Doesn't Look The Way It Used To

Farm owners often pitted Filipino workers against Mexican workers in an attempt to sabotage the protests. Despite those attempts, the biggest protest, the Delano Grape Strike, was built on a partnership between the two groups.

On Sept. 8, 1965, Filipino farmers lead by Larry Itliong protested unfair wages and working conditions. Cesar Chavez, who led the Mexican farmers, wanted to wait two or three years before they protested. But Itliong told Chavez they couldn’t wait; the Manongs were getting old.

Itliong asked him to join forces and together they founded United Farm Workers, or UFW.

"The work he did was significant enough to get us a union when I think for the most part Filipinos didn't really speak up. They didn't. There was a lot of racial discrimination against them," Aroy said.

"And it's so important to humanize and let communities know and let kids of color and their families know that we are part of American history," says Romasanta. 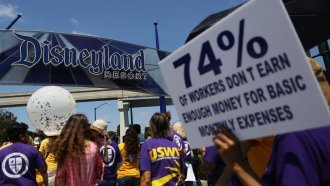 Gayle Romasanta co-wrote a children's book about Larry Itliong that was published this year.

"We've been here for a few generations now. You can ask to be at the seat at the table, and you can demand why your story isn't out there," Romasanta said.

It's a story still relevant today about the rich and the poor, unions, immigrant backlash, the food we eat, and the workers who get the food to our tables. Romasanta says, its a story about dignity.

"For those who don't necessarily speak out or ask for a seat at the table, this story is for you because it asks you to do more. You can do more," Gail Romasanta said.

Itliong and the Manongs are being remembered beyond Filipino American History Month.

In 2013, California rewrote their history textbooks to include Filipino Americans in the farmworker movement. There is a school named after Itliong and another manong, Filipino labor leader Philip Vera Cruz. And the Golden State now also recognizes October 25th as Larry Itliong Day. 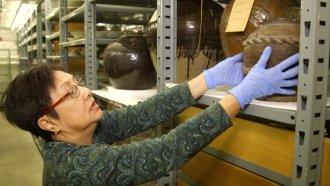 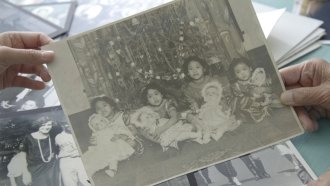 One Woman's Attempt To Preserve Filipino American History In Chicago