How Far Can Urban Farming Go To Solve Food Insecurity? 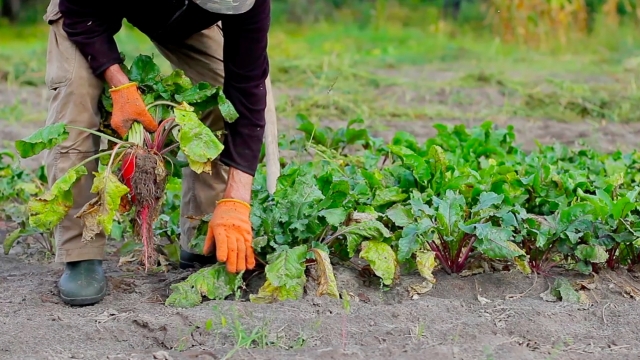 SMS
How Far Can Urban Farming Go To Solve Food Insecurity?
By Lindsey Theis
By Lindsey Theis
June 18, 2019
It's hard to calculate how many U.S. urban farms exist. A variety of factors contribute to urban farming’s measurable effects.
SHOW TRANSCRIPT

The city of Detroit has been through a lot in recent years. In 2013, it filed the largest municipal bankruptcy case in U.S. history. In five years, the city’s spent more than $170 million to demolish some 11,000 blighted buildings. But it’s here that some urban farmers see unlikely opportunity.

"We have well over 75,000 vacant lots. And on these vacant lots, you have tons of wildflowers. Or most people see these as weeds. But here at Detroit Hives we believe weeds is the bee's knees! And we have tons of dandelions, all different types of clovers, wildflowers, that aren't being sprayed with insecticides or pesticides and they're thriving. They're helping the bees and pollinators thrive in health," said Tim Paule.

Armed with puns, passion, and only a little knowledge of beekeeping, Tim Paule and Nicole Lindsey started Detroit Hives in 2017 on the city’s East end. They bought empty lots for as little as [$100] and set up boxed beehives for small, urban honey farming.

"I didn't have a parent or grandparent who had been beekeeping. So this world is brand new to me," Lindsey tells Newsy.

Farming was also new to Tyson Gersh when he started the now three-acre Michigan Urban Farming Initiative in 2011. He wanted to address food insecurity. 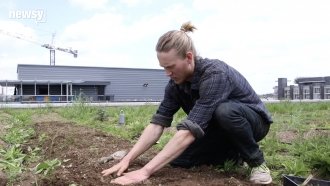 "At the time the ambition was just to grow vegetables and distribute as many of them as possible to adjacent residents," Gersh told Newsy during the Sustainable Brands 2019 conference.

Urban farms like the ones in Detroit have sprung up across the country. From rooftop farms to community gardens, to nonprofit and for-profit businesses. But right now, it's still hard to measure how much these farms help feed the 40 million-plus food insecure people in the U.S.

First, experts say there’s no national survey of U.S. urban farms. While the U.S. conducts a census of agriculture every five years, urban farms aren't included yet. Regional studies of urban farmers show their main mission is usually community food security. On top of that, researchers say, most data today looks at production potential of urban farms instead of their exact social, economic, and health impacts.

Urban farms are generally good for the environment, though. Research suggests transporting food from an urban farm to the kitchen table can make modest improvements to carbon footprints, depending on growing seasons.  And water use, especially in indoor freight car farms often found in cities, is much lower than a traditional farm.

"So we have a dehumidifier that pulls about six or seven gallons out of the water and recycles it back in. For an acre of lettuce, [on a traditional farm] it takes about twenty seven thousand gallons of water to water sort of on an average every day and we're growing about an acre of lettuce in here."

One of the biggest challenges for city farmers: land costs and start-up costs can be high. Detroit Hives started offering tours to keep its business viable. The Michigan Urban Farming Initiative expanded into driving community development.

"It's new. It doesn't fit with the traditional thinking around urban planning. You think about the amount of land that we use and the amount of revenue that we generate or could potentially generate through the direct sales of produce and I mean like from a math perspective, it doesn't add up it's a no brainer," Gersh said. "One of the main sort of values that we bring to the city is the residential investment that we've been able to orchestrate. So it's not sort of the immediate resources that we provide to the immediate community but it's also just kind of the space and the ambiance that attract other people."

In the near future, we might get a clearer picture of urban farming’s measurable effects. The 2018 Farm Bill established funding for an urban farm census and a new USDA Office to "encourage and promote urban and indoor agricultural practices." Now it will be up to the USDA to follow through. 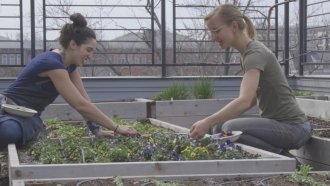