Yes, Presidents Are Allowed To Keep Secrets — Here's How 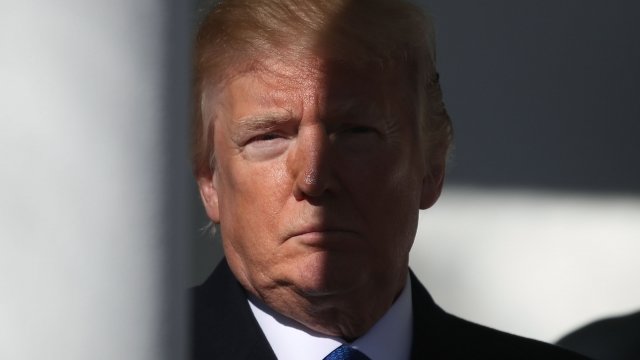 Who was the first president to claim executive privilege? Here's a hint: His name was George.

That's right. George Washington, the father of our country, also fathered "executive privilege" — although he never used that term.

In 1792, Congress sought documents and testimony about a disastrous military operation against Native Americans. Washington refused in the name of national security to turn them over. He lost, but his action established a precedent for future presidents.

The Constitution makes no mention of executive privilege per se, but experts say it is implied in the separation of powers clause. 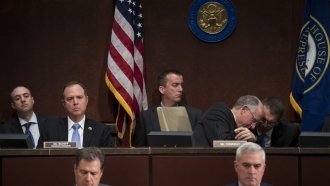 Here's what that means: The president and close advisers must be able to keep conversations and documents private if sharing them with the legislature or judicial branches would disrupt or compromise the executive.

To put it another way: The executive branch must be able to just function without unwarranted, pesky interference from the other two branches. Now, they don't usually say that, because the national security defense is more political and legally sturdy.

Chief Justice Warren Burger explicitly recognized the existence of executive privilege in United States v. Nixon when he stated that there is a "presumptive privilege for Presidential communications" that is "fundamental to the operation of Government and inextricably rooted in the separation of powers under the Constitution."

But he also noted that the privilege is not absolute: He stated executive privilege "cannot prevail over the fundamental demands of due process of law in the fair administration of criminal justice. The generalized assertion of privilege must yield to the demonstrated, specific need for evidence in a pending criminal trial."

In the end, Nixon lost — he had to turn over the Watergate tapes. But his plea of privilege has been used by nearly every administration in different ways.

Dwight Eisenhower: the first president to coin the term "executive privilege" during the McCarthy era. He said, "Any man who testifies as to the advice he gave me won't be working for me that night." So the staffers could speak but not on behalf of the White House.

The Trump administration is now testing new ground: How far does this privilege extend? Departed aides like Hope Hicks and Steve Bannon have asserted the protection in front of congressional intel committees to cover anything post-inauguration, but the White House never officially invoked the privilege.

It's a bold move, but no telling if it's going to hold up in a federal court if challenged.