How Do You Sue The FBI? 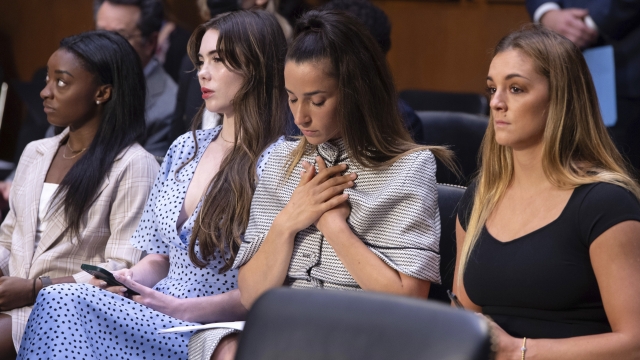 SMS
How Do You Sue The FBI?
By Newsy Staff
By Newsy Staff
July 7, 2022
A person may file a lawsuit against the FBI through the Federal Tort Claims Act when they feel the entity missed a crime it could have stopped.

Two recent high-profile cases are testing the limits of accountability for law enforcement by going after the FBI for missing a crime they could have stopped.

This happened most recently with survivors of Larry Nassar's abuse, as they prepare to file a lawsuit against the FBI. They're doing this through the Federal Tort Claims Act, which was enacted back in 1964. It says that people who are injured or damaged by negligence of any federal employee can file a claim against them for reimbursement of that injury.

Every year, thousands of current and former federal employees are named in these types of claims. Once they’re filed, the government has six months to respond. When that happens, the government can settle, or the claimant can file a lawsuit in federal court.

Attorneys say going up against the government in court for this sort of thing can be tricky and that plaintiffs don’t always see success, but let’s unpack the circumstances of one case against the FBI that did.

In 2020, a judge ruled the families of Parkland victims who filed Federal Tort Claims against the FBI could take their case to federal court, and in March of this year, the DOJ reported they awarded nearly $130 million to those families.

Robert Stein was an attorney on the case, and he told us more about how that settlement was reached.

"Where we had some success in our case is when you can argue that there was written or unwritten guidance, protocols, procedures, etc.," Stein said. "Where there are protocols and procedures and they deviate from them, that is an area where you don't, you're not in discretion anymore, right, because the rule was passed. The rule is there. The rule says you must."

Let’s walk through it: In September 2017, the FBI received a tip that the shooter posted “I’m going to become a professional school shooter” on YouTube. An FBI agent investigated the tip and didn’t pursue it any further after October. In January 2018, they received another tip that the shooter purchased several weapons and could possibly shoot up a school. No action was taken, and on February 14, 2018, the shooter killed 17 people at Marjory Stoneman Douglas High School.

Both tips in this case came through the FBI Public Access Line, or PAL. The call center is responsible for all calls and electronic tips. In 2017, the year they first received a tip about the Parkland shooter, the call center received about 1.5 million calls and emails.

Newsy reached out to the FBI with some questions about how they conduct investigations, and they said they didn’t have a comment.

The other high-profile case where the Federal Torts Act has come up was in early June.

Victims of former Team USA Gymnastics doctor Larry Nassar filed tort claims against the FBI claiming the agency allowed him to continue sexually abusing them after gymnastics officials reported him to the agency in 2015.

Attorney Jane Reilley represents some of the Nassar survivors. She explains why it’s difficult to go up against a government agency, specifically the FBI.

"Whether it's FBI or local police department, there's this concept of qualified immunity, which essentially you can't just show that someone in the government made a negligent decision or made a decision that you wouldn't necessarily have made if you were in their shoes," Reilley said. "It's a higher standard than that, and so you have to you have to establish wrongful conduct at a higher level than you would if you weren't suing a government entity."

Here’s how the case unfolded: USA Gymnastics officials met with Indianapolis FBI agents to report the abuse in July 2015. After several months of no progress on the case, USA Gymnastics met again with FBI agents in Los Angeles in May 2016. Nassar wasn’t arrested until November of that year after Michigan State University Police opened an investigation into his misconduct. Nassar still worked at the school at the time of his arrest. He’s currently serving a sentence that’s equivalent to life in prison.

“I am sorry that so many people let you down over and over again, and I am especially sorry that there were people at the FBI who had their own chance to stop this monster back in 2015 and failed, and that is inexcusable," Wray said.

Both the Parkland and USA Gymnastics cases brought about changes in the way the FBI responds to claims — some of which are already being implemented.

They include better documentation for sexual abuse allegations, mandating a 30-day recurrent review process for these claims and making sure information is properly transferred between field offices.

The FBI has also made improvements at the call center where tips can come in — from hiring more call-takers and supervisors, to stepping up training for staff and creating a management team to review calls about terrorism and threats to kill people.

Reilley is hoping the tort claims filed in her case have the potential to make a difference.

"I think if, you know, we can send a really strong message with this case that you can't just let this languish on your desk," Reilley said. "You can't avoid it and then one day throw up your hands and say, 'Oh, there's no way we could have known. There's nothing else we could have done.' I think that that could create a culture where women, children, anyone who's a victim of abuse feels more comfortable coming forward, knowing that that type of behavior isn't going to be acceptable any longer."