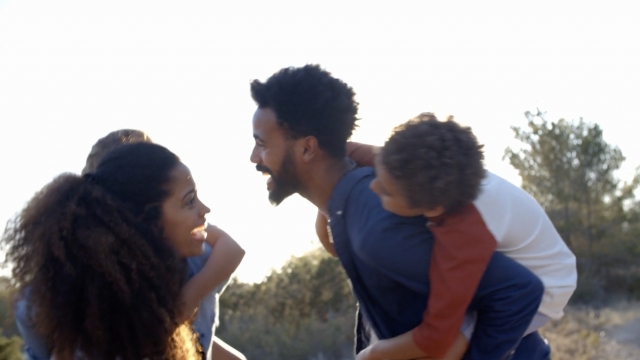 We asked the experts: How do parents maintain their mental health during this time?

“It's really important for parents to take care of themselves," said clinical psychologist Carolyn Ievers-Landis of Rainbow Babies and Children's Hospital in Cleveland. "I mean, obviously, basic needs: Eat healthy, sleep well, have people to talk to, have a significant other or friends and family members to talk to you about what's going on.”

“I think a lot of moms, especially, make the mistake of spending all of their time and all their energy focused on their child, and, of course, their work, if they're working outside the home, or inside the home right now," said Dr. Roxanne Allegretti, a pediatrician in Virginia. "But it's a big mistake. Because if we focus all of our energy and all of our time on our kids, we really aren't taking care of ourselves.”

“There's many barriers to that," parenting expert Rosina McAlpine said. "I get that because you go, 'Oh, I should be selfless. I should be looking after the kids,' you know, 'shouldn't be me.' But what happens if you're not there?”