How Did 'Baby Shark' Swim Its Way to Billboard's Top 100? 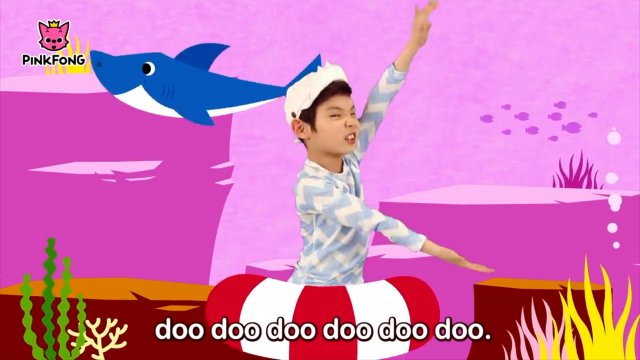 It's a global sensation that debuted on Billboard’s Hot 100  recently at number 32.

Even celebrities are doing the 'doo, doo, doo.' Kylie Jenner calls herself a mama shark. James Corden and even Josh Groban teamed up for a rendition. And it’s transcended genres. There are R&B, reggae and heavy metal versions.

That’s a pretty unlikely rise for a campfire song that’s been around for decades. But thanks to a South Korean educational company’s decision to release a K-pop version of the song complete with a dance video in 2016, 'Baby Shark' swam to the top of YouTube’s charts, with more than 2 billion views to date. But what makes this children's song a global sensation?

"It's a really familiar children's tune kind of structure, "Wheels on the Bus "kind of thing..."

Steven Rings, an associate professor of music at the University of Chicago, has a few theories.  First of all, the song is an earworm. 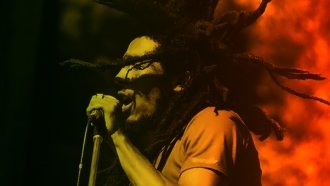 "This is a term that music psychologists use for songs that get stuck in your head, "Rings said. "And one characteristic of earworms is that they loop. It's never the whole song. It's typically 15 to 30 seconds of the song."

That’s why advertisers like to use them in commercial jingles.

"One other reason it's catchy, I think, has to do with the nonsense syllables the 'do, do, do, do'. I'm sure everyone can think of pop songs that have this: 'Hey, Jude,' or even 'Lady Marmalade."

Nonsensical lyrics have also been around for ages. 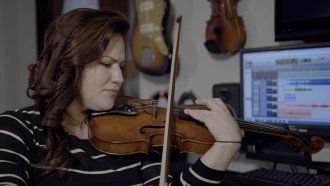 "We have examples of nonsense syllables like that in Renaissance music, in Medieval music, in popular music from many cultures. There are instances of this and I think people simply get a kind of simple minded pleasure out of those kinds of syllables. There's almost no lyrical content to the ['Baby Shark'] song."

Rings said, "And so one other thing that's worth noticing is that the song uses four chords that pop up in a huge percentage of pop songs right now and even some country songs, R&B songs. ...These chords in various permutations in different orders can be found in Adele songs. Justin Bieber, you name it, often something like this."

Why does "Baby Shark" work across genres?

Rings said, "[It's] Layers of comic dissonance or comic juxtaposition. When the song is done, for example, in an R&B version, or done in a Heavy Metal version. Part of the humor is hearing what was this very innocent nonsensical children song translated into this genre that's quite removed from it. So there's a comic incongruity there."

So did the Pinkfong company have a stroke of genius?

"The Pinkfong arranger really found various hooks to emphasize in the arrangement that were responsible for it catching on. I don't think I would extend to the word genius."

Steven says the "Baby Shark" phenomenon is about more than just the song itself. The dance video also helped it go viral when it became a dance challenge, in the same way Drake’s “In My Feelings” became a surprise hit after people jumped on the dance trend.