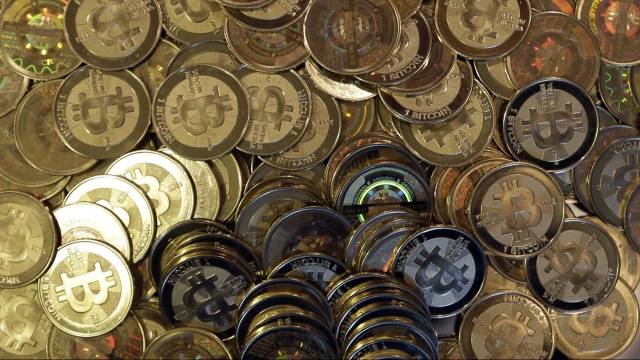 It’s no secret that cryptocurrencies are notoriously bad for the climate.

Right now, Bitcoin uses as much energy as Pakistan and has a carbon footprint comparable to Libya. Ethereum, another popular cryptocurrency, uses the same amount of electricity as Singapore.

But there is a solution on the horizon. Experts think that a switch from the proof-of-work system to a proof-of-stake system could drastically reduce cryptocurrency energy usage. Let's explain what that means.

Currently, cryptocurrencies like Bitcoin or Ethereum operate on a proof-of-work system, which uses power-hungry, specialized computers to verify transactions for people sending cryptocurrencies on a ledger known as a blockchain.

These computers work to guess a 64-digit code that, once discovered, opens up a block on the chain to verify transactions, with the winning operator getting a reward for solving the puzzle. As more blocks are unlocked, the puzzles get harder, and require more energy.

These machines are energy intensive by design, and serve as a security feature for blockchain networks to keep away cybercriminals.

But, in a proof-of-stake system, those who validate transactions are picked based on how many coins miners hold rather than computational power. The more coins owned by a miner, the more power they have to verify transactions.

"It fundamentally is a silver bullet for emissions. You're going from a blockchain that's secured by robust electricity usage to a blockchain that’s secured by a different economic imperative of staking your coins," said Joseph Pallant, Founder and Executive Director at the Blockchain for Climate Foundation.

"If we go and we find people that have a certain amount of the currency and we use those people as a way to fact check whether or not something that's being put onto the block is correct or not, it dramatically reduces the amount of energy consumption," said Jason Bailey, founder of ARTNOME.

Proof of stake effectively eliminates the incentive to use a lot of energy-intensive, specialized machines to participate in the market.

"The energy consumption is going to go down by a factor of 99.99 percent, something in that range," said de Vries.

Some of the most-well known cryptocurrencies are making the shift to proof of stake, and soon. Ethereum, the second most expensive cryptocurrency on the market, said it would complete the transition in the coming months.

What remains to be seen is whether Bitcoin, the world's largest cryptocurrency, will eventually make that switch to proof of stake, or if it will try to find other ways to make its operation greener.

"I believe that if there is a way where the end buyers or the large companies putting Bitcoin on their balance sheet or ETFs are able to know that they have greener or fully green plus offset Bitcoin, that there will be a demand for that," said Pallant.