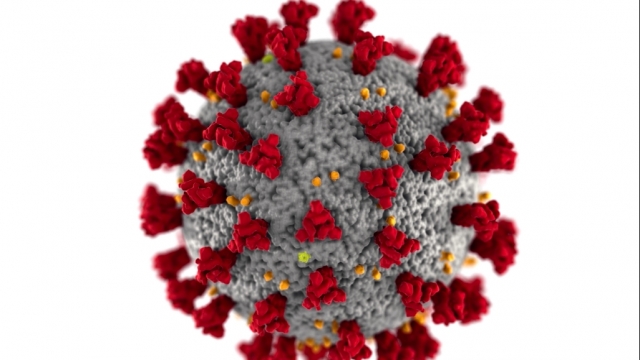 SMS
Here's What Happens To Your Immune System If You Get The Coronavirus
By Lindsey Theis
By Lindsey Theis
April 1, 2020
Some doctors say the disease progresses in stages, and by the third one, the body harms itself more than the virus does.
SHOW TRANSCRIPT

Right now, there’s little universal language for how doctors trace and treat the progression of the coronavirus and its impacts on the immune system.

Dr. Mandeep Mehra, a clinician at Brigham and Women's Hospital and professor of medicine at Harvard Medical School, is one of the researchers whose analysis shows COVID-19 cases can progress through a series of three stages.

The first two are when the body attacks the virus. The third and more troubling stage is when the immune system goes haywire, attacking the virus with such ferocity that it does far more damage than the virus itself. Understanding the stages has major implications for how to treat patients. 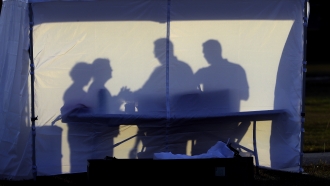 In stage one, which most patients will stay in, the virus, SARS-COV-2, attacks the host. The virus enters a cell by latching onto a protein called the ACE2 receptor. The most receptors are in the lungs and then the intestines, and so a person’s symptoms depend on where that virus establishes itself in a person's body.

As the virus then replicates itself, the human body's immune system tries to stop it, responding with virus-specific antibodies and T cells.

"Then you get this wave of what is called a cytokine storm, which is an entire cascade of inflammatory factors that are designed to have a much larger amplitude immune response targeted at this particular virus," Dr. Nick Tsipis, emergency department associate medical director at Swedish Medical Center, told Newsy. "That comes with much more severe symptoms as your immune system really ramps up its response. And that's when you start to see the more breathlessness which progresses to hypoxia or low oxygen levels and even progressive things much more severe like pneumonia or acute respiratory distress syndrome."

The second stage impacts about 20% of patients, Mehra told Newsy, when the virus replicates so fast the immune system can't get it under control before it spreads to the lungs. They can become inflamed, causing breathing problems. This can happen if a large amount of virus infects the body. So health care workers exposed to COVID-19 patients, for example, can have more severe infections.

This can also happen more in vulnerable populations like elderly individuals, because our immune systems decline with age. Immunosuppressed people are also more susceptible because another illness or medication can result in a weak or delayed antibody response. The virus grows unchecked.

If a patient progresses from the first two, the third stage is something scientists call the hyperinflammatory phase. Basically, Mehra says, the body's immune system begins to attack itself. 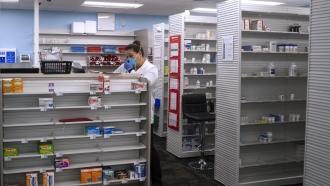 The stages system is starting to be adopted in hospitals in Spain and Switzerland as well as the U.S. The research suggests that while stage one and two, where the virus is the enemy, medications to prop up the immune system and counter the virus may be what's needed. But in stage three, what may be best is to actually suppress the immune system to try stop it from going into a deadly overdrive. For now, the treatment the majority COVID-19 patients receive is still only caring for the different symptoms, as there is no cure.