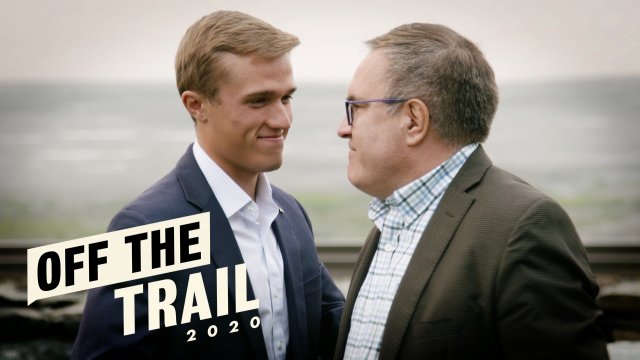 The American Conservation Coalition has only been around for two years. But the group of young Republicans has already caught the attention of some of the GOP's most influential policymakers, including Senate Energy Committee Chair Lisa Murkowski and EPA Administrator Andrew Wheeler.

“We see our role as an organization to showcase that the millennial youth -- Republican, Democrat, independent -- all overwhelmingly want action on these things. So [the Trump] administration and other Republicans and conservatives should take it seriously," ACC founder and president Benjamin Backer told Newsy.

The ACC's mission is simple in principle: to promote what they call "conservative environmentalism." But their greater challenge is proving that it's not just Democrats who care about climate and the environment.

An original Newsy-Ipsos survey found 20 percent of Millennials and Generation Z chose climate change as one of the top issues of the 2020 campaign. While Democrats overall are much more likely than Republicans to acknowledge that climate change is a serious threat and say that humans are having an impact on the environment, the partisan divide virtually disappears among younger generations.

An overwhelming majority of Millennials and Generation Z agree that humans are negatively impacting the environment regardless of which political party they identify with. Instead, the partisan divide is in older GOP voters, who overwhelming do not share those same views on climate or the environment.

And that’s what makes this mission for young conservatives so difficult. The people most skeptical about climate change are also a key bloc of Republican voters.

Looking at the 2020 elections, Backer believes that for someone whose top issue is climate change, there are few incentives to vote Republican.

"There are a lot of young people who are conservative and believe in climate change ... They will not vote for a Republican if they're voting on this issue," Backer said. "And I think that's a problem with the lack of involvement from the Republican Party on this issue for the past 10 years."

When looking the Republican Party now and into the future, Backer says the party needs to move away from messaging that includes climate denial.

"No matter if you believe in climate change being largely manmade or not, lowering emissions is good for everyone, it's good for health and it's good for our environment," Backer said.

"We need to have both parties at the table if we're going to accomplish anything environmentally."