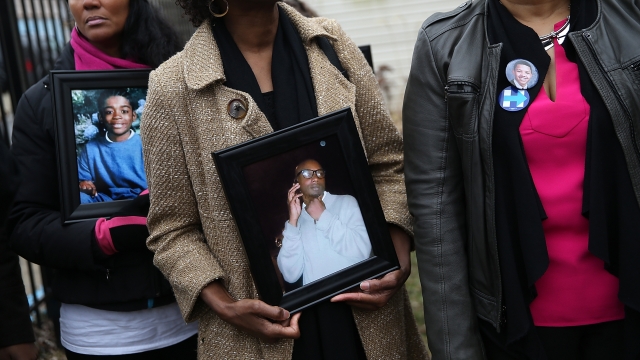 SMS
How Chicago's Gun Violence Sits In Survivors' Bones
By Christian Bryant
By Christian Bryant
April 2, 2019
In "An American Summer," author and journalist Alex Kotlowitz writes about how the impact of the city's gun violence can last a lifetime.
SHOW TRANSCRIPT

Chicago's gun violence has been a talking point among presidents and the media for years. In 2016, the city saw a historic level of murders. Violence is something some residents on the city's South and West sides have come to expect, but that doesn't mean they're used to it.

"I think we make the mistake of thinking somehow the violence, you know, people get accustomed to it or hardened to it or numb to it," Alex Kotlowitz said. "But it stays with you. And in fact, it shapes you. And what I found, the people I spent time with, is they work ferociously trying to keep it from defining them."

Alex Kotlowitz has covered Chicago's gun violence for decades. He co-produced the 2011 film "The Interrupters" about a violence prevention group of the same name. His new book, "An American Summer," features 14 stories of Chicagoans grappling with the chaotic aftermath of violence in the summer of 2013. He spoke to us about his book and how there's nothing "post-" about traumatic stress for some survivors.