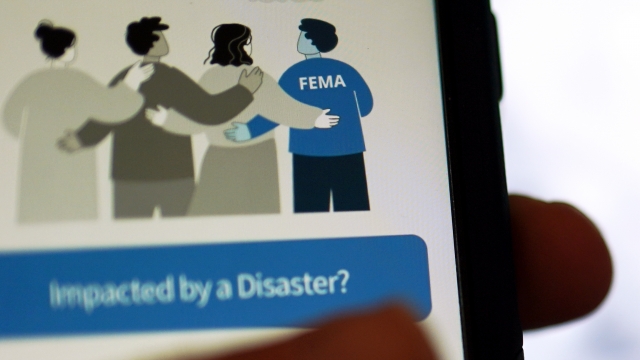 It was a summer of heat and floods in the U.S. Missouri declared a state of emergency in July after record rainfall caused flash flooding. And at least 39 people died in floods in eastern Kentucky the same month.

Floods cause the most damage among all natural disasters, according to FEMA.

There are three types of floods: coastal flooding, which tropical storms like hurricanes can amplify; river flooding, when the banks of a river overflow, like in Yellowstone National Park in June; and flash flooding, driven by intense rain over one spot. That's what happened in California's Death Valley National Park in August.

One and a half inches of rain fell in a single day, which the National Weather Service says is the park's typical average rainfall for an entire year.

Flood risks are rising with the changing climate, according to First Street Foundation, a nonprofit research group.

Physicists say for every two or so degrees Fahrenheit of warming globally, the water vapor in the atmosphere increases by 7%.

With a wetter sky, precipitation has already increased.

Rainstorms that used to happen every 10 years will probably happen every five. Fifty year storms, by the same token, will likely happen twice as frequently, every 25 years.

For now, despite all that extra rain, our world is reportedly seeing fewer total floods. As a warming planet dries out soils, they act like sponges.

The National Hurricane Center said Ian is forecast to rapidly strengthen in the coming days.

Scientists in the journal Nature Communications say that allows the ground to soak up more water from storms.

But there's a limit: once soils can no longer hold all that water, the researchers wrote, the floods that do happen are bound to be extreme

So it will be fewer floods overall, but more big catastrophic ones, and often in places nowhere near a river, lake or coast.

4.3 million homes in the U.S. face an annual risk of flooding of at least one in 100, says First Street Foundation.

So how can we address this worsening problem?

A key step, says the American Society of Civil Engineers, is tackling an American water infrastructure system that isn't up to the task.

The report said that adequately providing storm water pipes, levees and other infrastructure would cost localities $8 billion each year.

The infrastructure bill President Joe Biden signed in 2021 starts to tackle this problem.

It includes $8.7 billion for transportation upgrades, including improvements to evacuation routes.

Families facing the risk of floods need flood insurance. It's required by law if you have a government backed mortgage and your house is located in a flood zone.

Homeowners with new or repaired homes who hold federal flood insurance, issued by FEMA, are supposed to have ground floors at least as high as the expected peak of a major flood.

But University of California, Davis experts calculate that more than 112,000 structures nationwide fail that test and local authorities don't enforce those rules.

Those structures account for more than a billion dollars in flood claims since 2011, the New York Times reported.

FEMA recently changed the rules for flood insurance to price each house according to individual factors like elevation, proximity to water and cost to rebuild that will lower flood insurance premium bills for a fifth of insured families.

But in cities prone to flooding like Houston or Miami, only one in three homeowners have insurance at all costs, which is a big factor.

Tools like that could arm homeowners against the rising threat of rare, giant and devastating floods.