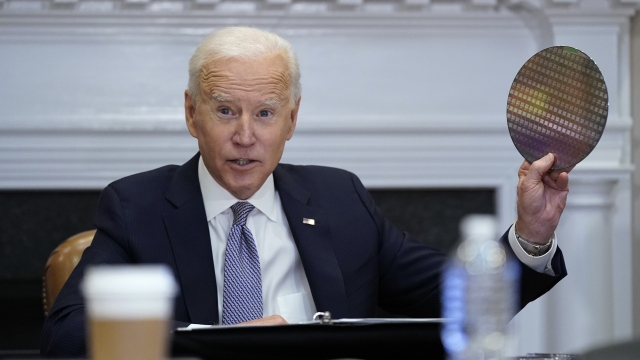 "For the last 40 years, the semiconductor industry has been known for wild shortages and wild oversupply. You can't really build a small factory. You've got to build this mega factory," said Jim Feldhan, President of Semico Research.

"You have a lot of orders coming in. You can't just really, on a whim, change it. And by the way, this whole process, it takes about four months for the whole wafer to become usable," said Bharat Kapoor, Partner in the Strategic Operations Practice at Kearney.

The U.S. is trying to boost its supply chain. In February, President Joe Biden signed an executive order to review policy recommendations to bolster semiconductor production

“TSMC has announced something in Arizona, and it's already broken ground for expanding in Arizona. But those announcements were just made. Factories have started building in 2021. So the production isn't really expected before 2024," said Gaurav Gupta, VP Analyst at Gartner.

But shoring up semiconductor supply will require the U.S. to diversify where it is importing chips from. That will also take some geopolitical navigating.

"I don't see a competition kind of an environment where everybody sings Kumbaya," Kapoor said. "That's why if you look around, we only talk about U.S., Taiwan, China, Korea — Japan a little bit. India is getting into the mix, the European Union is getting aggressively into the mix. I mean, pretty much everybody knows the importance of it."