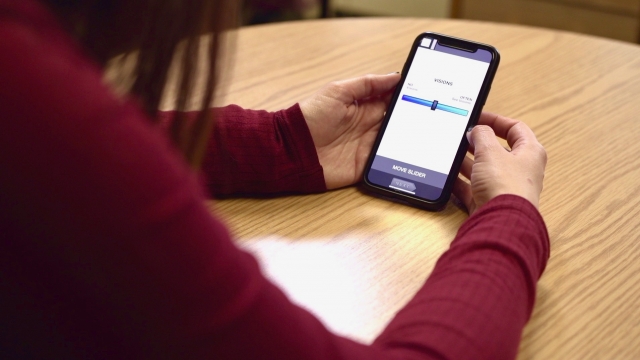 University of Colorado researchers have built an app that uses artificial intelligence to measure thinking and speech patterns in patients with schizophrenia. The app presents a ten-minute test that gathers hundreds of data points each time a patient takes it.

"We can look at how you're saying it. What you're saying, what words you choose, how strong your emotions are when you say it," Peter Foltz, Research Professor at the Institute of Cognitive Science at University of Colorado, told Newsy. 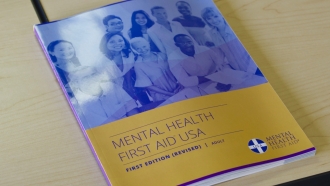 "So like a clinician, seeing a human probably isn't looking to detect these very fine grained, like they're not sitting there counting how many words they spoke or they're not like in their brain. It's the granularity that the computer is able to pick up on that is really impressive," said Chelsea Chandler, a Computer Science PHD Student at the Institute of Cognitive Science at the University of Colorado.

Chandler, who analyzes the data from the app, thinks tools like this could help college students her age. According to the National Alliance on Mental Illness (NAMI), one in four students have a diagnosable mental illness and 40 percent don’t seek help on campus.

"It's a big problem that the whole United States is dealing with is a huge number of people dealing with mental illness and getting coverage is not great. Going in to see doctors is not always the easiest thing," Chandler said.

The proof-of-concept app is part of a fast-growing field of new research that applies machine learning to mental health treatment. But supporting mental health with AI hasn't been regulated yet and begs several questions from critics. Peter Foltz recently published a paper calling for more policy and oversight of apps like his.

Clinicians have a lot of questions, too — especially when it comes to the difference between a machine learning app and the face-to-face interaction between a doctor and a patient.

"The difficulty with folks with schizophrenia is that there's usually major disturbances. There's deficiencies in other life functions," Dr. Joseph Sochet, Outpatient Chief Resident at HealthONE Psychiatry Residency at HealthONE Behavioral Health and Wellness Center told Newsy. "So things like self-care, ability to maintain work, housing, those kinds of things are more difficult. Would a person who is unable to remember to brush their teeth every day or comb their hair or make themselves breakfast, are they necessarily going to be able to use an app?"

Still, Dr. Sochet thinks AI tools like this one could help with some of the intricacies that come with schizophrenia cases, like signaling that a medication is becoming less effective.  He adds that schizophrenia is rare. The National Institutes of Health say less than one percent of Americans have the mental illness. 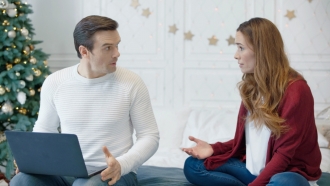