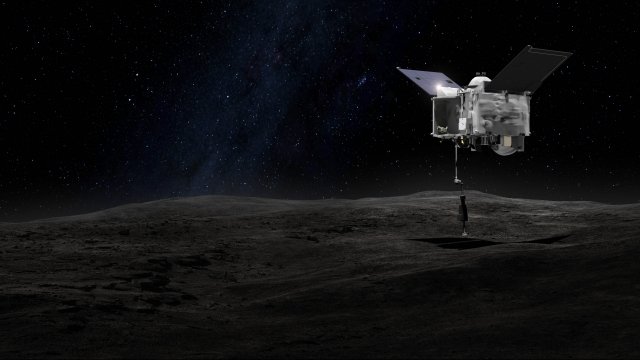 By Tyler Adkisson
December 28, 2018
When NASA sends satellites to other worlds, they're usually large enough that gravity will easily hold probes in orbit. But Bennu is especially small.
SHOW TRANSCRIPT

At the end of 2018, NASA will send the OSIRIS-REx spacecraft into orbit around asteroid Bennu. This maneuver will be trickier than orbital insertions around larger bodies like moons or comets, however, because Bennu is tiny. It has almost no gravity to keep OSIRIS-REx close-by.

In fact, Bennu is the smallest object we've ever tried to orbit with a spacecraft — its gravity is so weak that a human could easily jump off the surface and fall into space. NASA will have to find an extremely precise entry point to make sure OSIRIS-REx stays captured.

The probe is making five passes over the asteroid's poles and equator to measure its mass and spin. It will also send photos of Bennu back to Earth so researchers can figure out the asteroid's exact shape. 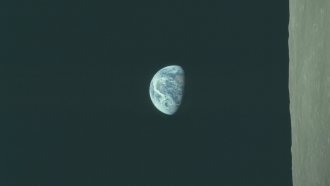 How Apollo 8 Changed Spaceflight History In Only Four Months

They will combine readings and images from the probe with earlier estimates from ground-based telescopes to create a model of the best possible orbital insertion tracks. The entry point has to be so specific that researchers probably won't know the exact orbit until roughly 24 hours before the maneuver starts.

OSIRIS-REx will spend the next months surveying Bennu's surface. Scientists will use these scouting reports to select two potential sites to collect samples from in 2020. The probe's main mission is to return at least 2 ounces of Bennu's material back to Earth.