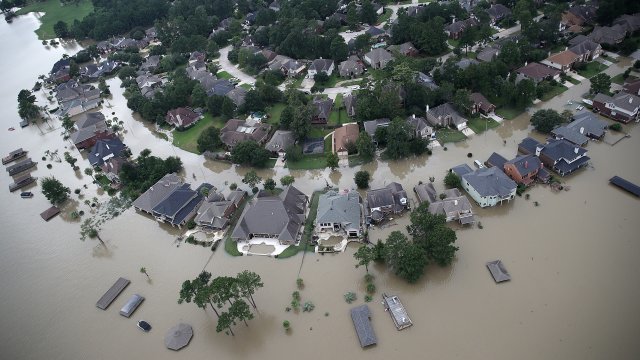 Houston residents marked the anniversary of Hurricane Harvey's deadly and destructive landfall on their city by approving a $2.5 billion flood prevention bond measure. It's the largest flood-control investment by Harris County ever, according to The Texas Tribune.

On Saturday, the city voted on a measure that would fund the creation of new bayous and extend existing ones, improve early flood warning systems and build new stormwater basins, among other things.

Flood experts say the move is a great start, but it's not the end-all be-all solution. They say Houston suffered from severe flooding way before Hurricane Harvey and that any flood solutions should take the effects of climate change into consideration as well.

Harvey caused an estimated $125 billion in damage in Texas and left 68 people dead.