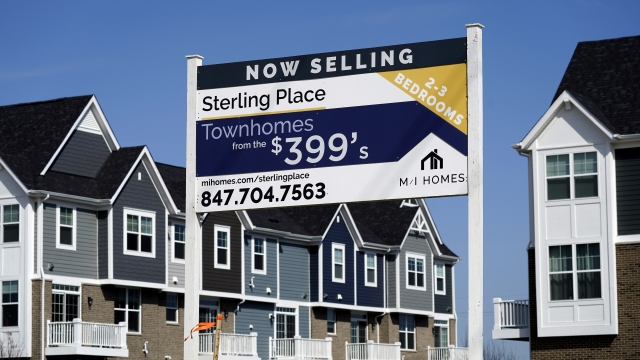 December marked the third straight month of growth for U.S. builders, but new home prices are still much higher than many can afford.

We're entering year three of a scorching hot housing market, but even if the economy recovers as expected, that won't immediately solve the housing supply shortage across the U.S. The shortage existed before 2020, but the pandemic made things even worse.

2021 was a record-breaking year for home prices and rent, and experts say it might be a while before we see the drop.

There's a lack of materials due to supply chain bottlenecks, and building companies have struggled to fill jobs amid the great resignation. Low supply matched with high demand has sent prices soaring.

The average household income in America is just over $67,000, and if you follow the advice of conventional financial planners, you shouldn't buy a home worth more than three times your salary.

That means the average household should shoot for a home around $200,000. However, that's half of what they're going for these days, on average.

The good news is some experts say a turnaround is coming as the U.S. Federal Reserve prepares to raise interest rates.

Chairman Jerome Powell said earlier this month that interest rates could rise at least three times or more this year if inflation doesn't fall. But it's still unclear how quickly that will happen, or just how much it might bring prices down.