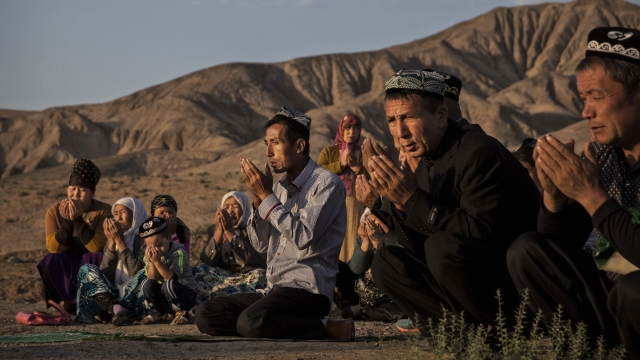 The House overwhelmingly approved a bill Tuesday that calls for sanctioning Chinese officials for their alleged role in human rights violations against ethnic Muslims in the western Xinjiang region.

Human rights organizations worldwide say China spies on the Uighurs. The country has reportedly detained 1 million people in what it calls "re-education camps." Multiple international news outlets have reported that people are put into labor camps, tortured and forced to renounce their faith.

Besides the "targeted sanctions," the House bill also calls on President Donald Trump to "condemn abuses" against the Uighurs. On top of that, lawmakers want President Trump's Chinese counterpart to "immediately close" the camps.

A spokeswoman for China's Foreign Ministry criticized the bill Wednesday, saying it "grossly interferes in China's internal affairs." China has repeatedly tried to justify the camps by saying the detainees underwent vocational training, arguing the campaign is an attempt to combat extremism.

The Senate already passed a different version of this Uighur bill, so the two chambers will need to come to some sort of an agreement before any measure can be sent to President Trump's desk.