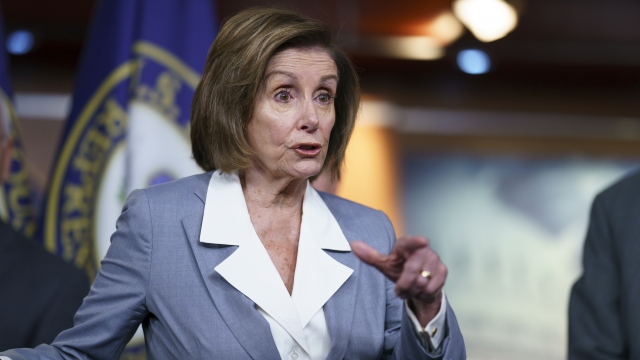 Weeks after Senate Republicans blocked the creation of a non-partisan committee to investigate the January 6th insurrection, House Democrats approved a committee of their own.

"I'm not going into ... what the committee will do, that's up to the committee to make their determination,” House Speaker Nancy Pelsoi told reporters last week after announcing her decision to form a Democrat-controlled ‘select committee.’

“It is clear that the Republicans are afraid of the truth,” she added.

According to Pelosi, the committee will be allowed to continue its work for “as long as it takes” to conduct a thorough investigation of why the breach happened.

The bill authorizing the committee states it will comprise 13 members, 5 of them appointed after Pelsoi consults with House Minority Leader Kevin McCarthy.

McCarthy’s deputy, House Minority Whip Steve Scalise, urged all Republicans members to vote against the bill in a memo sent earlier this week.

The other eight appointments to the committee will be made by Democrats.

According to multiple outlets, Pelosi was reportedly considering giving at least one of her eight spots to a Republican, in an effort to diffuse the partisan appearance of a Democrat-controlled committee investigating a breach of the Capitol by Trump supporters.

Just two Republicans, Representatives Adam Kinzinger of Illinois and Liz Cheney of Wyoming, both frequent critics of former President Trump, voted along with 220 House Democrats to form the committee.

The committee is likely to issue high profile subpoenas to former members of the Trump Administration and former Capitol officials, many of the latter resigned in the wake of January 6th.

The focus now goes to who Pelosi will pick to chair the committee, which members are assigned, and the committee’s final report, which could be years away.