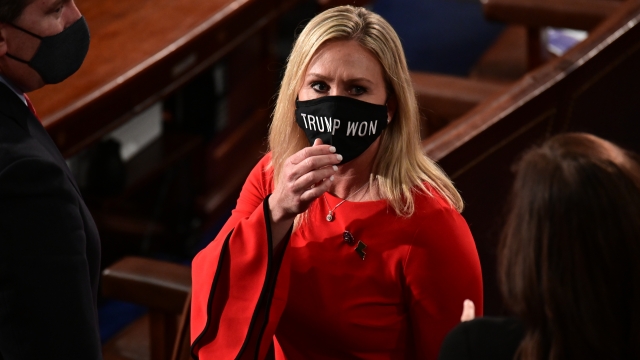 SMS
House To Vote On Removing Rep. Marjorie Taylor Greene From Committees
By Gage Jackson
By Gage Jackson
February 3, 2021
Dozens of House Democrats have called for her expulsion.
SHOW TRANSCRIPT

The House of Representatives will vote tomorrow on whether to remove Rep. Marjorie Taylor Greene from her committee roles.

Dozens of House Democrats have called for the expulsion of Rep. Greene, who's spread conspiracy theories and reportedly embraced social media comments about killing Democratic leaders.

The Georgia Republican's spot on the Education Committee has also been controversial after video surfaced of her mocking a school shooting survivor and suggesting others like it were hoaxes.