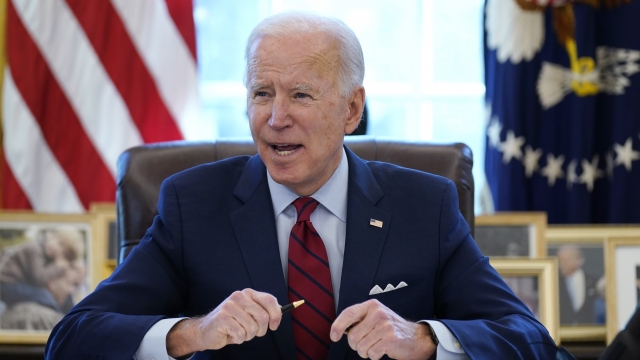 SMS
House To Vote On $1.9 Trillion COVID Relief Bill Friday
By Newsy Staff
By Newsy Staff
February 24, 2021
Some Democrats still don't agree on all of the details, and Republicans continue to say it's too expensive and too partisan.
SHOW TRANSCRIPT

House Majority Leader Steny Hoyer tweeted that Democrats plan to pass the bill quickly. It would then go to the Senate. Majority Leader Chuck Schumer says he's confident it will pass there, too.

Some Democrats still don't agree on all of the details. And Republicans continue to say it's too expensive and too partisan.

"They're going to try to muscle it through on a totally partisan basis," said Minority Leader Sen. Mitch McConnell. "I think I can safely speak for most of my members that we think this is dramatically more money than is required at this particular juncture."

Republicans say the bill has too many items that don't have anything to do with COVID, and McConnell noted that the relief packages last year had broad bipartisan support.