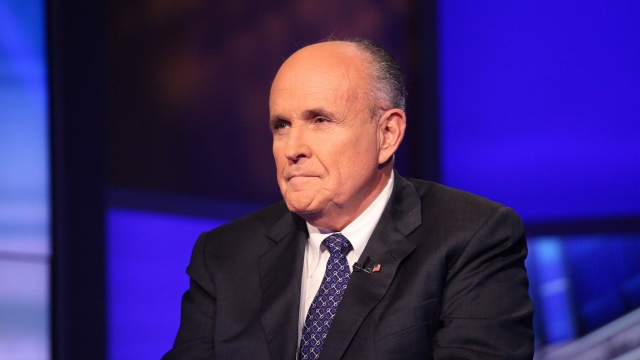 Three of Giuliani's associates were also sent document requests and deposition notices. They're all part of the impeachment inquiry against President Trump following a controversial phone call between him and Ukrainian President Volodymyr Zelenskyy.

Giuliani said in an interview with CNN earlier this month that he had asked Ukraine officials to look into presidential candidate Joe Biden and his son, alleging they had participated in a bribery scheme involving Ukrainian officials.

In a letter sent to Giuliani on Monday, the House committee chairmen said, "You stated more recently that you are in possession of evidence — in the form of text messages, phone records, and other communications — indicating that you were not acting alone and that other Trump Administration officials may have been involved in this scheme."

Less than a week ago, the same committees subpoenaed Secretary of State Mike Pompeo after he refused to turn over documents regarding the president and Ukraine.

Giuliani has to hand over the requested documents by Oct. 15. The committees want communications and records dating back to Jan. 20, 2017.

On Sunday, Giuliani told ABC's "This Week" that he'd "cooperate" with the House intelligence committee if the president told him to.