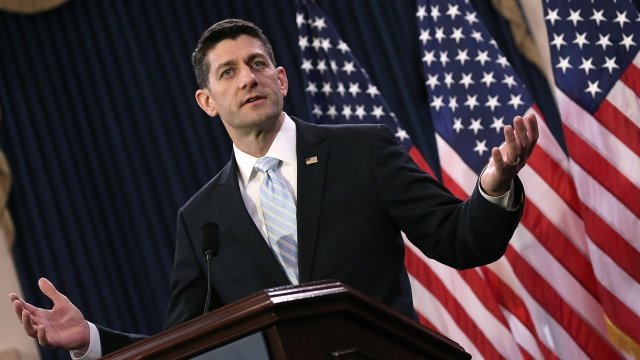 Moderate GOP members organized more than 200 signatures on a petition that would force a House vote on immigration bills.

House Speaker Paul Ryan met with fellow Republicans to persuade members not to force a series of votes on immigration reform, including the Deferred Action for Childhood Arrivals program, commonly called DACA.

Moderate Republicans want to force votes on four bills, two of which would offer protections to young people brought into the country illegally as children, sometimes referred to as Dreamers. They've organized more than 200 signatures on a discharge petition to force those votes.

But Ryan wants to avoid that. He told party members to hold out for a compromise bill with Democrats. He said a bill forcibly passed with the discharge petition had little hope of becoming law.

Republicans in the Thursday conference didn't agree on a bill. If moderates in the GOP do decide to move forward with the discharge petition, they only need three more signatures by June 12 to force a vote.