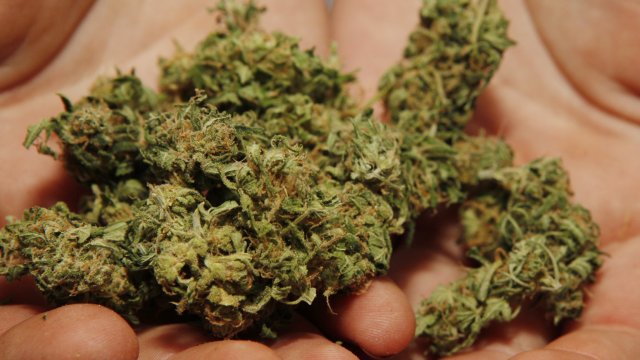 SMS
House Set To Vote On Marijuana Legalization Bill
By Newsy Staff
By Newsy Staff
March 30, 2022
If the bill passes both the House and Senate it would impose a federal tax on marijuana sales.

Marijuana is still illegal on the federal level, but that could change this week.

The House will vote on the Marijuana Opportunity Reinvestment and Expungement Act, also known as "MORE," on Friday.

The bill would remove marijuana from the list of scheduled controlled substances, requiring courts to clear prior marijuana-related convictions from criminal records.

Additionally, the bill would impose a federal tax on marijuana sales.

If the bill passes the House, it will then head to the Senate where it would need 60 votes, including the support of at least 10 Republican senators if every Democratic senator backed it, in order for it to advance.