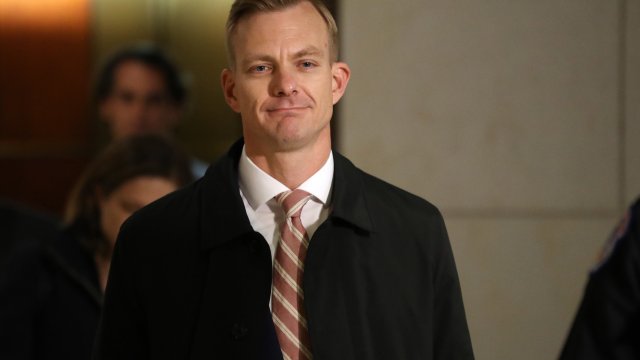 The House released the transcripts of the closed-door depositions of State Department officials, David Holmes and David Hale, just days before both are scheduled to testify in the impeachment inquiry into President Donald Trump.

So what are the big takeaways from Monday's release? Let's start with the deposition of David Holmes, a longtime foreign service officer and aide to top Ukraine diplomat Bill Taylor.

Holmes' deposition from earlier this month details extensively the phone conversation he overheard in a restaurant in Kyiv between U.S. Ambassador to the EU Gordon Sondland and President Trump in July. According to Holmes he knew it was the President on the phone as "the President's voice was very loud and recognizable."

Of the call, Holmes said, "I've never seen anything like this,  someone call the President from a mobile phone at a restaurant, and then having a conversation of this level of candor, colorful language."

Following the phone call, Holmes says he asked Sondland for his impression of the President's views on Ukraine. According to Holmes, Sondland responded by saying the President only cares about "big stuff," such as the "Biden investigation."

When questioned by House members if it was possible that Russia could have been listening in on that July call, Holmes said, "I believe at least two of the three, if not all three of the mobile networks are owned by Russian companies, or have significant stakes in those." He added that "we generally assume that mobile communications in Ukraine are being monitored."

Holmes also cites concerns he had in September following the filing of the whistleblower's complaint and the release of the aid to Ukraine, that Zelenskyy would still feel compelled to go forward with a demand for an interview committing to a "specific investigation" of the President's political rival on a cable news channel.

According to Hale, Pompeo told him about the phone conversation, which was aimed at playing a role in ousting then-Ambassador to Ukraine, Marie Yovanovitch. Hannity has publicly denied this phone conversation.

In his deposition, Hale details a trip in March this past year, in which he made an assessment of Yovanovitch's work. According to Hale she was "doing a very good job," and he had asked her if she would consider staying on longer.

When Yovanovitch later came under criticism by supporters of President Trump, Hale said, "I was advocating for a State Department statement, a very robust full-page statement of defense and praise, actually, for the Ambassador's work."

Hale also states in his deposition that he never heard about the investigation in Burisma or the Bidens "in government channels," adding that "it was not something that was apparent to me."