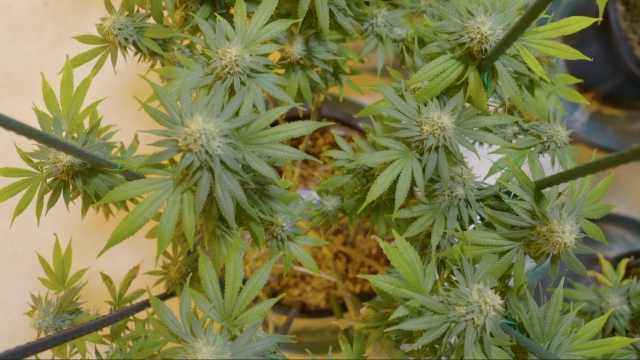 SMS
House Passes Marijuana Banking Reform. Will The Senate Follow?
By Kellan Howell
By Kellan Howell
September 25, 2019
The House passed a major marijuana banking bill, but will it pass in the Senate?
SHOW TRANSCRIPT

In an historic vote, members of the U.S. House of Representatives overwhelmingly passed a bill that would allow cannabis businesses to access the banking system.

It's the first time lawmakers have ever voted on a marijuana bill, and although it passed with huge bipartisan support, its future in the Senate is hazy.

Oregon Democratic Sen. Jeff Merkley, who is co-sponsoring the Senate version of the bill, says he's been working with the GOP-led banking committee to add tweaks to make it more palatable to Republicans like Senate Majority Leader Mitch McConnell, who's staunchly anti-pot.

Merkley told Newsy that GOP Sen. Mike Crapo, the Chairman of the Senate Banking Committee, is considering adding language to the bill to address concerns he and other Republicans have about the health impacts of marijuana.

For example, the bill could require a study on the rising levels of THC in legal cannabis. That's the chemical component in weed that gets you high.

"The chairman has a bill and he has a concern and both involve cannabis," Merkley said. "So can he — is this the moment to graft his concern whether it's too much a Wild West in terms of the levels of THC, the concentrations that are in various edible products or drinkable products or so forth. Is this the moment to put something into this bill that seems to have momentum?"

But it's not just Republicans who are hesitant to support the SAFE banking act. Several Democrats argue the bill should not be brought to the floor for a vote until lawmakers tackle bigger marijuana reforms.

Booker, who has introduced the Marijuana Justice Act, tweeted, "any marijuana legislation moving through Congress must include restorative justice for those most harmed by the War on Drugs in order to get my vote."

But Merkley argued the bill needs to be passed to make cannabis businesses safer. Right now, many businesses can't get access to bank accounts and other financial services because marijuana is still federally illegal. Most of them have to operate in cash only, and that can lead to a host of security issues.

It's an invitation to cheating on your taxes, or cheating your employees. It's an issue of theft, assault. It serves absolutely no one except thieves and organized crime.