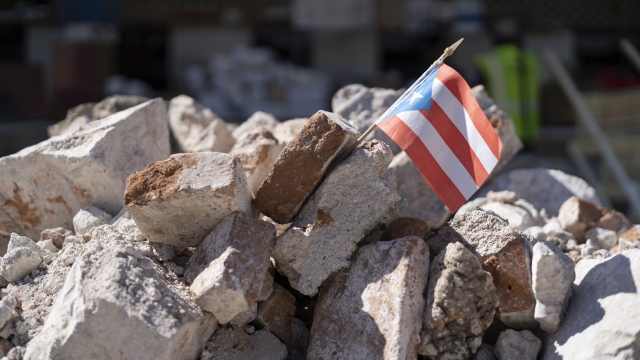 The House has passed a $4.7 billion relief package for Puerto Rico after a series of earthquakes hit the territory earlier this year.

On Friday, the House voted 237-161 to approve the measure. The legislation includes funding for things like road repairs, energy security and nutrition assistance, among other things. It would also provide tax breaks for residents of Puerto Rico.

The bill now heads to the Senate, but it will likely have a hard time passing in the Republican-controlled chamber. The White House said a statement on Wednesday that the Trump administration "strongly opposes" the bill and that the government has already provided more than enough money to help Puerto Rico deal with recent disasters. It also said the island "has a long history of inadequate financial controls over regular government operations," and that "neither Puerto Ricans nor the American taxpayers benefit when emergency aid is misallocated, lost, or stolen through waste, fraud, and abuse."

The statement also said if the package were presented to President Trump in its current state, his advisers "would recommend that he veto it."