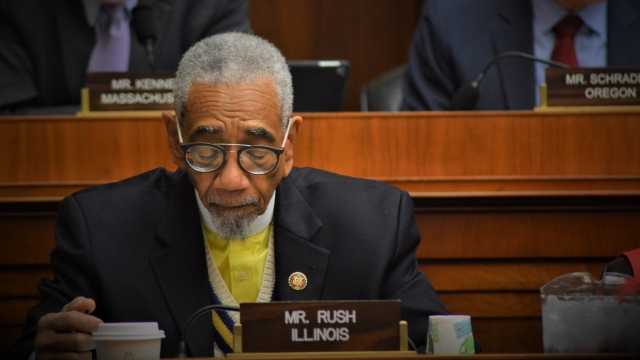 The House overwhelmingly passed legislation that would classify lynching as a federal hate crime.

On Wednesday, the House voted 410-4 to approve the Emmett Till Antilynching Act. The bill is named after one of the most famous figures associated with the targeted violence.

"If the death of my son can mean something to the other unfortunate people all over the world, then for him to have died a hero would mean more to me than for him just to have died," Mamie Till said.

Fourteen-year old Emmett Till was kidnapped and tortured after a white woman accused him of whistling at her in Jim Crow-era Mississippi. No one went to prison for his murder.

Nearly 3,500 black Americans were lynched between 1882 and 1968, according to the NAACP. Lawmakers have tried to pass anti-lynching legislation about 200 times since 1918. The Senate unanimously passed similar legislation in 2018, but the House never brought it up for a vote.

The Senate still needs to approve Wednesday's House bill before it heads to President Donald Trump's desk. A White House spokesperson told The New York Times the president is expected to sign it.

The bill's chief architect, U.S. Rep. Bobby Rush, praised its passage in a statement. He said: "Being from Chicago, the death of Emmett Till sent shockwaves through my community and personally affected me and my family. However, his death would not be in vain, for it was the spark that ignited the long arc of the civil rights movement, leading us to this very moment. With the passage of this bill we correct a historical injustice, based on a lie, that took the life of this young man. ... After 120 years, and 200 failed attempts, the House finally positions itself on the right side of history, outlawing the heinous act of lynching once and for all."