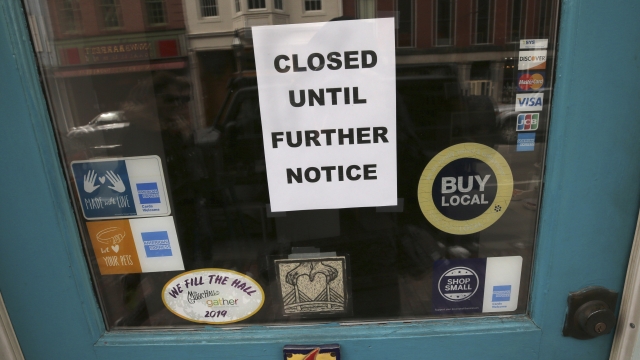 SMS
House Passes $1.9 Trillion Coronavirus Relief Package
By Bailey Vogt
By Bailey Vogt
February 27, 2021
The bill heads to the Senate, despite getting no support from House Republicans.
SHOW TRANSCRIPT

The House approved a $1.9 trillion pandemic relief bill in a nearly party-line vote early Saturday morning. The bill is now off to the Senate.

Democrats expedited the bill through the chamber  — citing the pandemic's death toll and economic strain as requiring urgent action.

Every Republican in the House voted against the package, joined by two Democrats. Many from the minority party said the bill is both too expensive and also insufficient to get kids back into school.

One provision in the bill - to raise the federal minimum wage to $15 an hour by 2025 - is already in peril. That's because the Senate parliamentarian ruled the wage hike can't be included in a budget bill without a filibuster-proof vote of 60 senators. However, the federal spending in the bill can be passed with a simple majority.

"This is corporate welfare. This is a subsidy for business to pay a low wage. We want to work to be respected. We respect the dignity of work."

The Senate will now debate its version of the bill over the next two weeks.