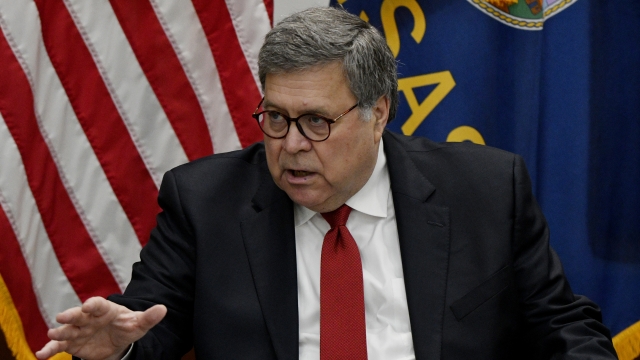 ​The House Oversight Committee filed the lawsuit over the pair's refusals to turn over information related to a 2020 census citizenship question.

The House oversight committee filed a lawsuit Tuesday against Attorney General William Barr and Commerce Secretary Wilbur Ross for their refusals to comply with congressional subpoenas.

Earlier this year, the committee issued subpoenas to Barr and Ross for unredacted documents. It was part of its investigation into efforts to add a citizenship question to the 2020 census. The committee voted to hold the attorney general and commerce secretary in contempt of Congress after both defied its requests. The full House then voted to hold Barr and Ross in criminal contempt, but the Justice Department declined to prosecute them, arguing that some of the requested documents were protected by executive privilege. The Trump administration ultimately decided not to add the citizenship question to the upcoming census after the Supreme Court ruled it couldn't do so without giving a valid reason.

House oversight committee Chairwoman Carolyn Maloney said in a statement that since the contempt vote, "Attorney General Barr and Commerce Secretary Ross have doubled down on their open defiance of the rule of law and refused to produce even a single additional document in response to our Committee's bipartisan subpoenas." She said she was filing suit "because the Trump Administration's brazen obstruction of Congress must not stand. President Trump and his aides are not above the law."