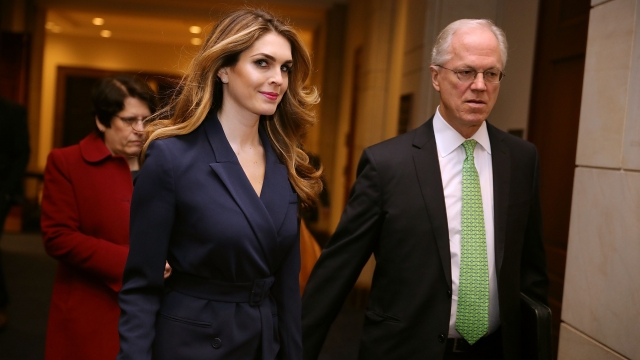 The news comes after Don McGahn, Donaldson's former boss, didn't show up at a Tuesday hearing before the committee. Both the White House and McGahn's lawyer told the committee beforehand that he'd been ordered not to appear, and his lawyer said McGahn "remains obligated to ... respect the President's instruction." The White House is expected to pull the same card for Hicks and Donaldson.

Rep. Jerry Nadler, the committee's chairman, issued the subpoenas as part of an investigation into potential obstruction by the president. The committee requested documents from both women by June 4. It's asked Hicks to testify on June 19 and Donaldson to testify on June 24. Lawmakers want to ask about the instances of potential obstruction outlined in special counsel Robert Mueller's report.

Nadler said despite all the obstacles, the "investigation into obstruction of justice, public corruption and abuse of power by President Trump and his Administration will continue."