'House Of Cards' Season 4 Shuffles The Deck With New Faces 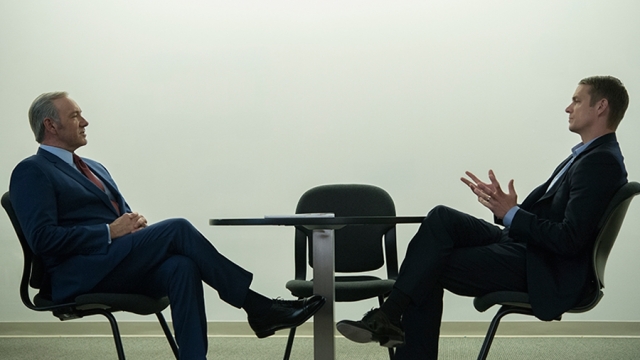 There's a new face coming to "House of Cards" season four. If you don't know him yet, you will.

The already established Swedish-born actor is predicted to "explode Stateside," at least according to Entertainment Weekly. He's also set to star in the highly anticipated Warner Bros. film "Suicide Squad."

The political drama announced in late January it has been renewed for a fifth season, due in 2017, but without creator Beau Willimon as showrunner — news that left fans with mixed emotions.

Willimon said in a statement, "It's time for me to move on to new endeavors, but I'm supremely proud of what we've built together, wish the show much continued success, and leave it in the hands of a very capable team."

We aren't yet sure why he left, but Netflix seems to share his sentiment. The streaming service responded, "Netflix and [the studio] owe a tremendous debt of gratitude to Beau Willimon for his strong narrative vision."

It's too soon to tell how Willimon's departure will affect the series, but it's clear with these new faces that Netflix will push forward with one its most critically acclaimed and award-winning series.