House Judiciary Republicans Aren't Happy With The DOJ And FBI 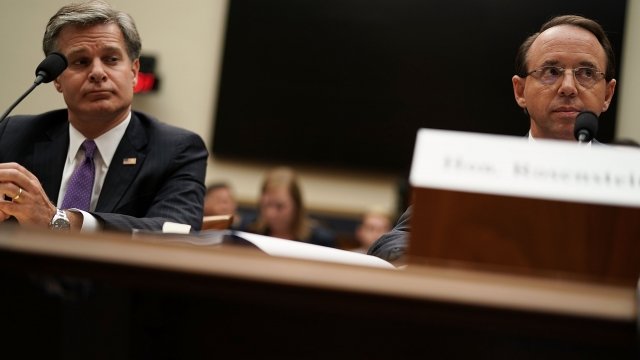 Republicans on the House Judiciary Committee are clearly unhappy with the Department of Justice.

A few representatives took issue with previous committee requests that they say have been unfulfilled. Others critiqued the surveillance warrant application process. And some brought up concerns about the special counsel's investigation into Russian meddling.

"Whatever you got, finish it the hell up because this country is being torn apart," Gowdy said.

Wray and Rosenstein defended themselves and their agencies, but both men have said concerns highlighted in the inspector general's report will be addressed.