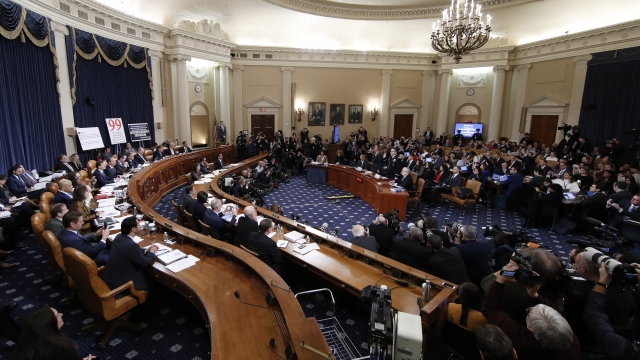 The 658-page report is broken into four sections, spelling out the committee's reasoning for the introduction of the two articles of impeachment last week.

Section one describes the investigation process that led to the House impeachment recommendation of President Trump. Section two discusses the standards for impeachment under the Constitution. Section three details the case leading to the first charge that President Trump abused the power of his office in his efforts to push Ukraine to investigate his political rival Joe Biden. Section four describes the reasoning behind charging President Trump with obstruction of Congress, citing his direction to some witnesses not to testify and his refusal to cooperate with the inquiry.

The report states that "President Trump's stonewall" was "categorical, indiscriminate, and without precedent in American history."

The report also cites concerns over the 2020 presidential election. It reads, "President Trump has fallen into a pattern of behavior: this is not the first time he has solicited foreign interference in an election, been exposed, and attempted to obstruct the resulting investigation. He will almost certainly continue on this course."

President Trump and some Republicans continue to push back on the impeachment proceedings, arguing against the allegations.

"To use the power of impeachment on this nonsense is an embarrassment to this country," the president said.

The report is heading to the House floor for full consideration this week.